There are a number of projects Shaun and I have been working on these holidays.  The first has been working on the citrus swale.  With the recent rain, its a great time to weed with the roots not gripping as tightly.  When we first put the swales in, we did a winter cover crop of green manure, followed by a summer crop, but clearly we didn't sow thickly enough as the weeds and grass soon took over, despite this promising start.  So this has been the week to get started ( I know its summer and its really, really hot, but at least we're on leave and so have some time).  And now that the trees are establishing nicely, its also time to think more about the understory.  So here's what we've done this far 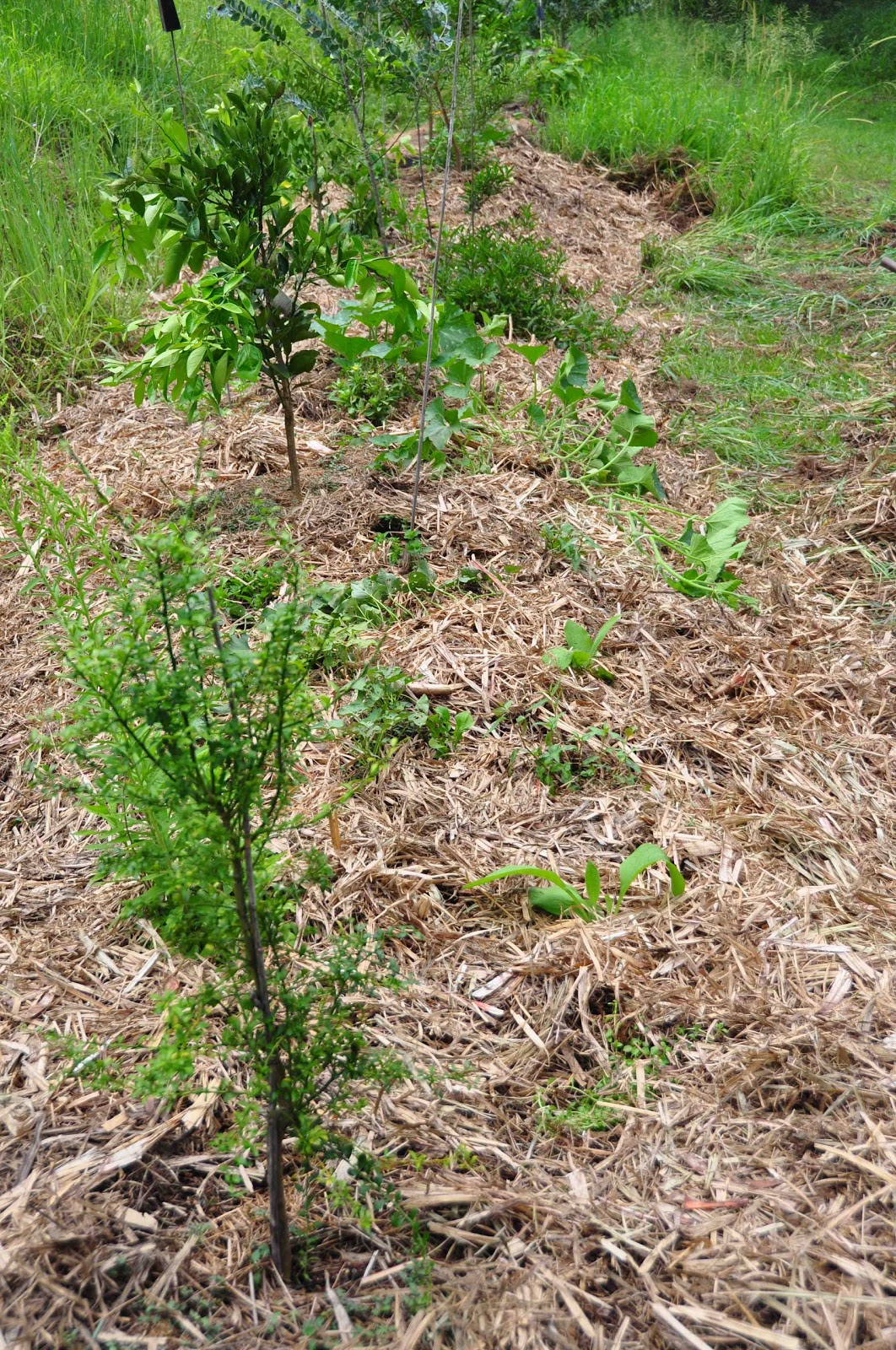 The grass is all away from the slope, so below there, we can just mow and I don't have to come along with the clippers and try and keep it down manually.  I'd already planted some comfrey next to each citrus tree, as well as calendula, pumpkin and sweet potato.  So to these, I've added several types of mint (as the aroma is said to confuse pests), as well as more comfrey, some borage and nasturtiums. Then lots of mulch. 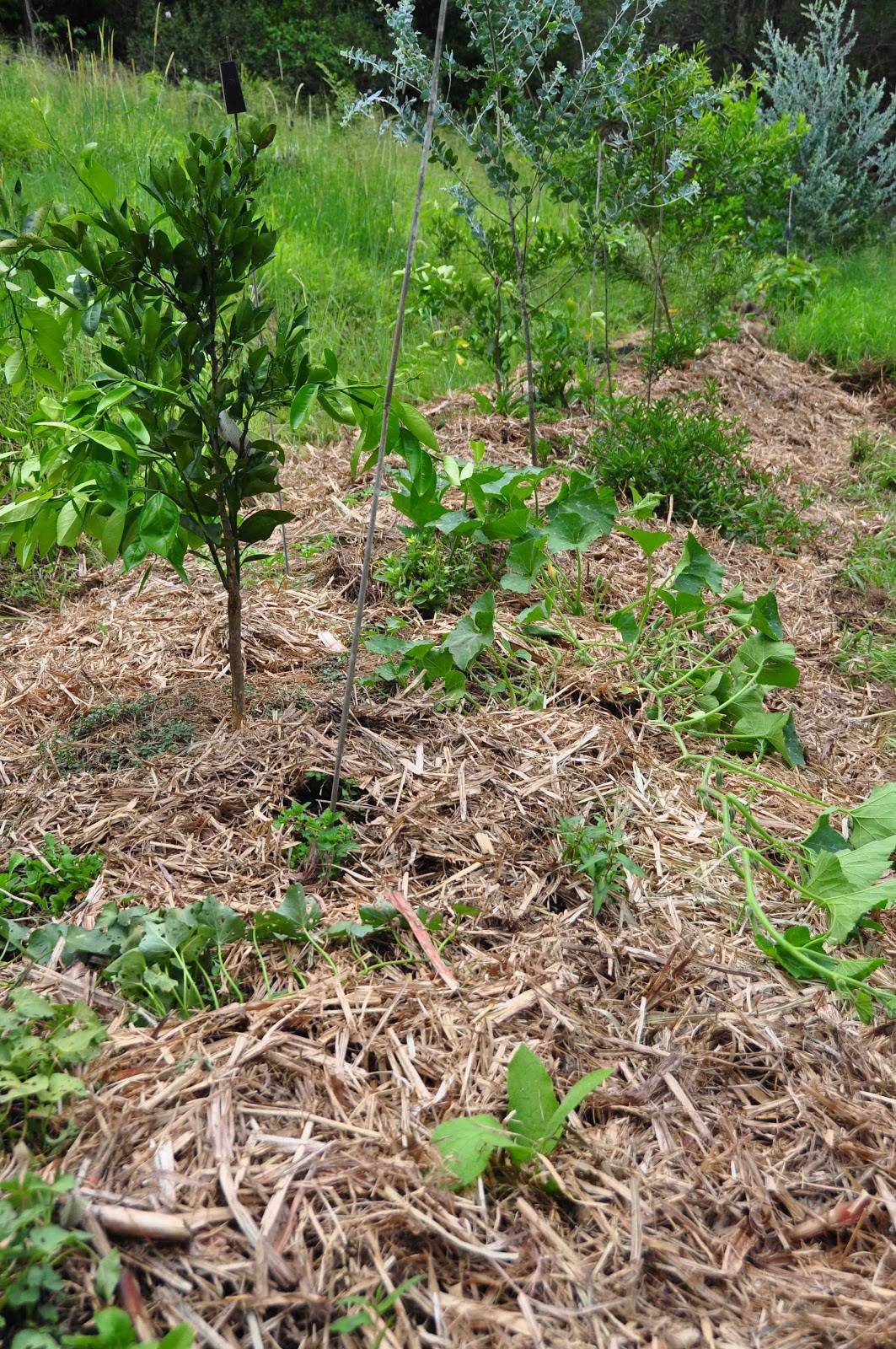 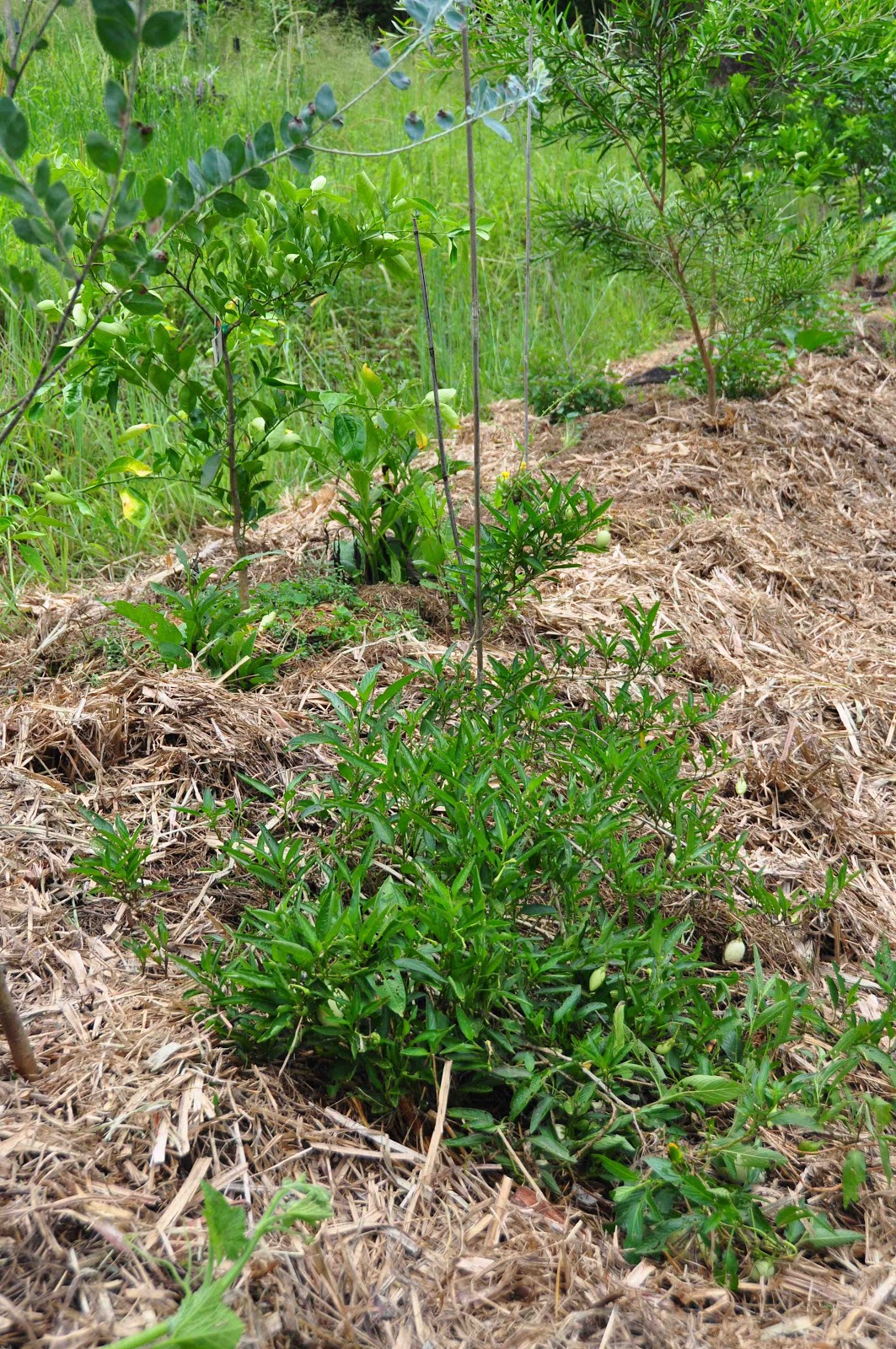 The pepino went in last year and has done well, though it was really getting choked by the grass, so I painstakingly got rid of all the grass in amongst it and mulched heavily. Its fruiting nicely now. 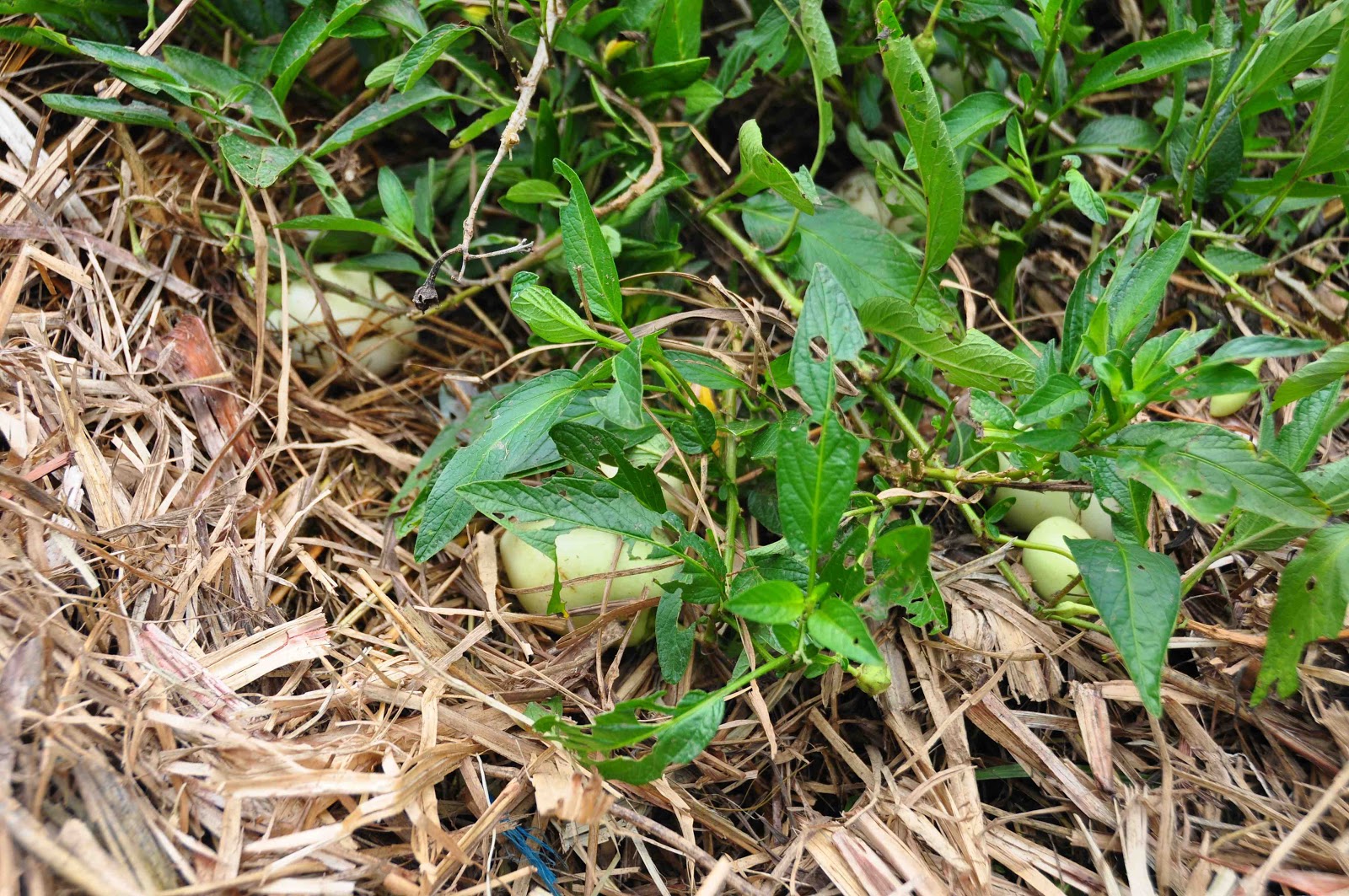 I've got half way down the swale thus far as its really hot and heavy work.  But I think its looking so much better 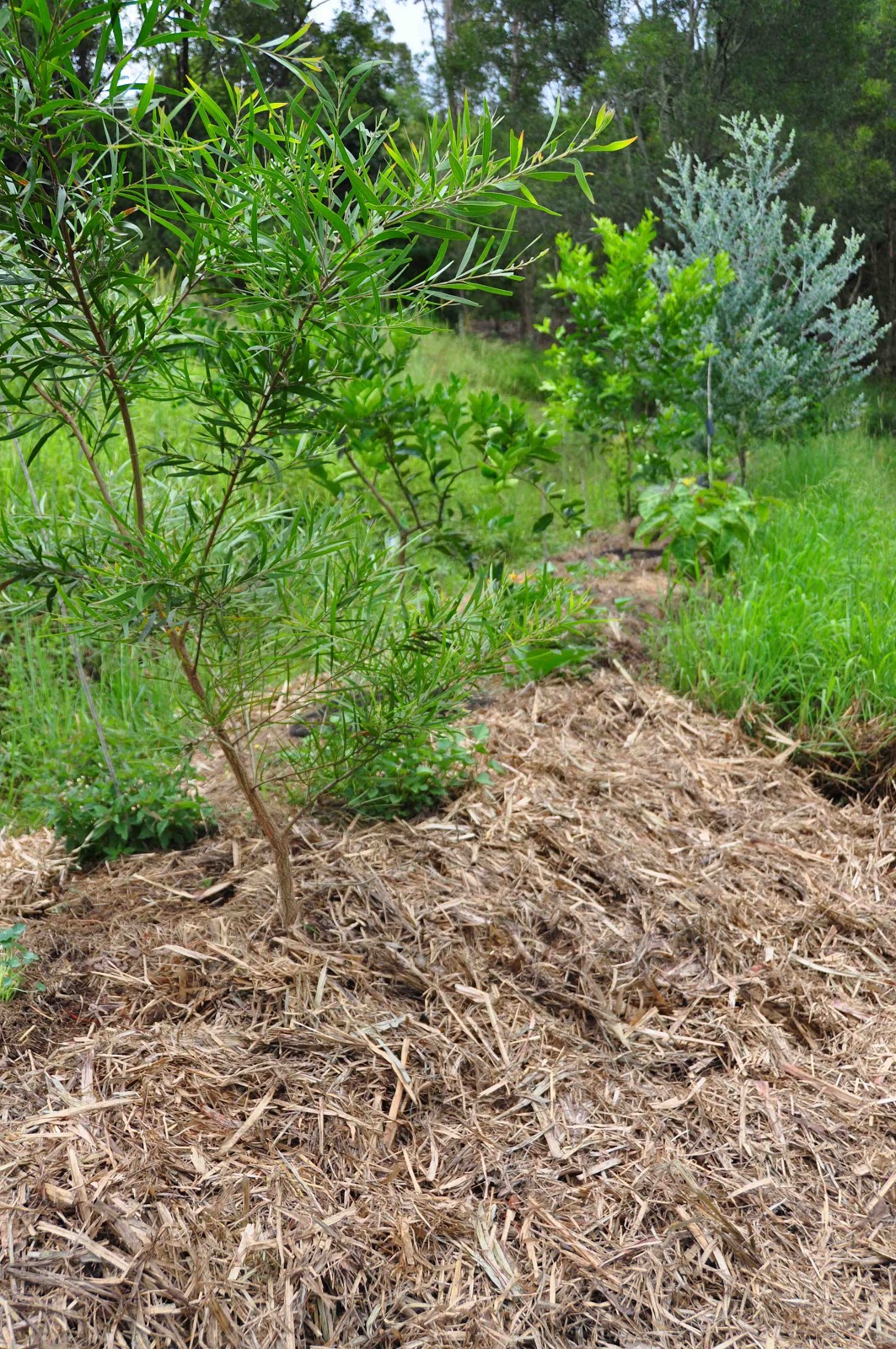 On the right you can see all the grass I still have to remove.  I've started mulching on the top further down but there are still plenty of weeds to pull.  Wish me luck!
Posted by Energiser Bunny on 29.12.12