Even koalas get hot

Shaun went down to check on the little girls to make sure they hadn't finished all their water.  They hadn't but what he found was an empty run.  Thinking this was just not a cool enough spot on a 40 degree day, he went inside their yard and found them huddled in the shade.  Then he heard some loud rustling on the other side of the fence in their run.  A snake would also explain why they weren't out there under the gum tree, so he went to look.  But what he wasn't expecting to find was a little koala on the ground in some heat distress.  So he rushed off and got a black garbage lid and filled it with water to place at the bottom of the tree.  When he got back, the koala had gone back up the gum tree, just out of reach, so Shaun put the water down and moved away so as not to stress the little fella any further. 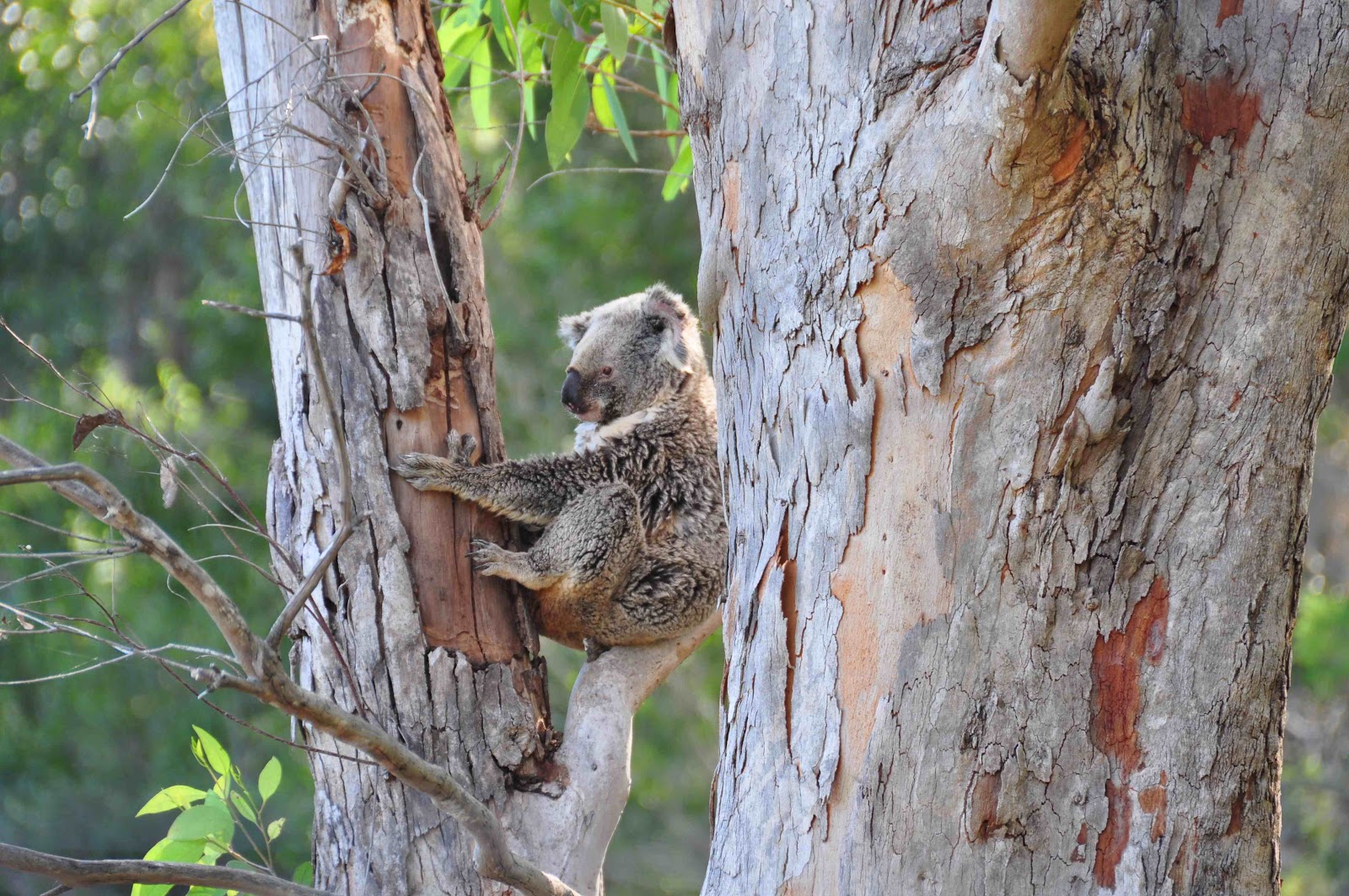 I came down later with the camera to see if he or she was still about, and sure enough, still there.  The koala was keeping a careful eye on me but I took these shots with a zoom lens so as not to disturb it too much. 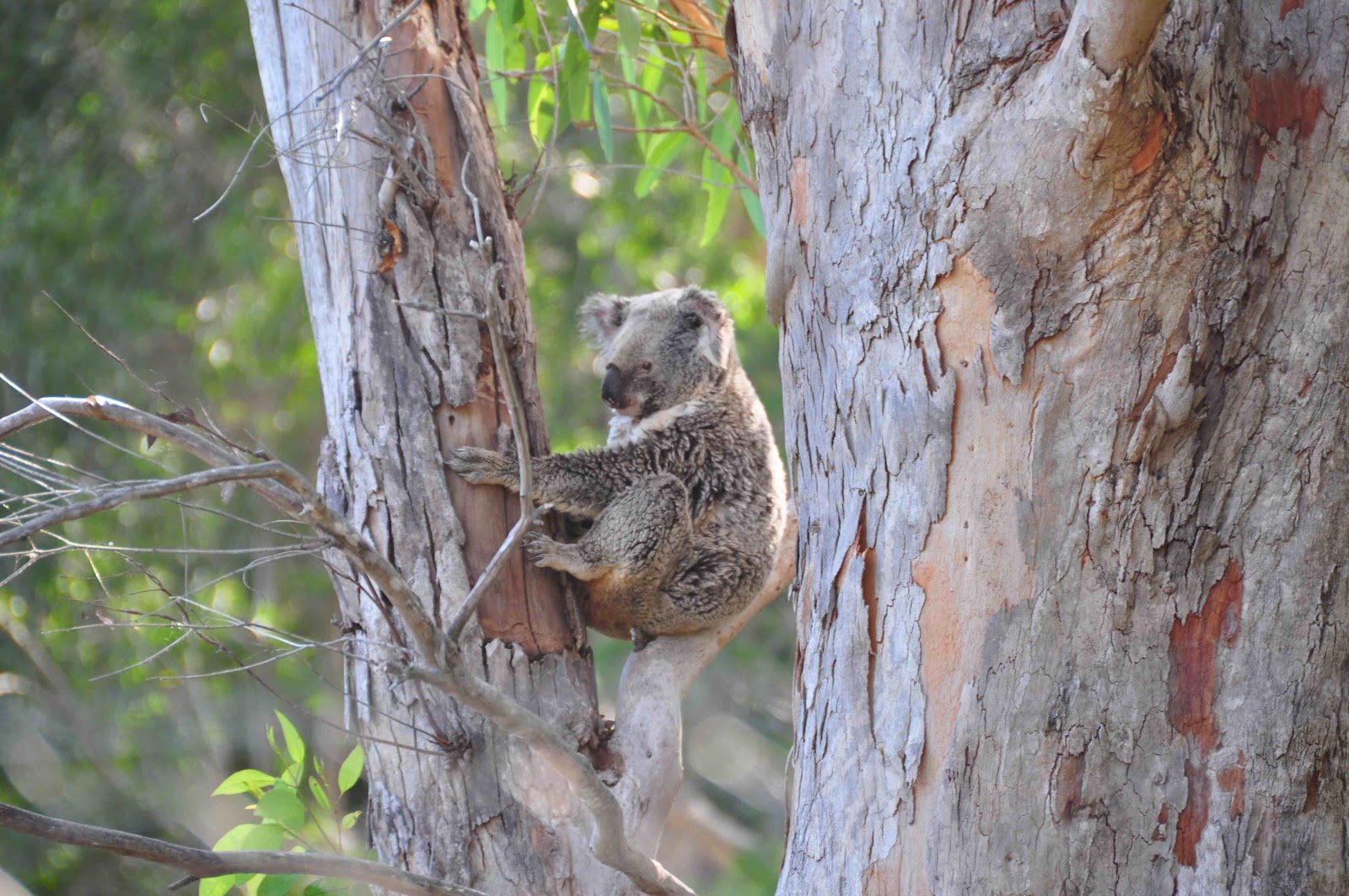 By this time, and with the koala up the tree, they re-emerged from their yard and back into the run.  To give you a perspective, here is a long shot.  The koala is in the first branch on the left. 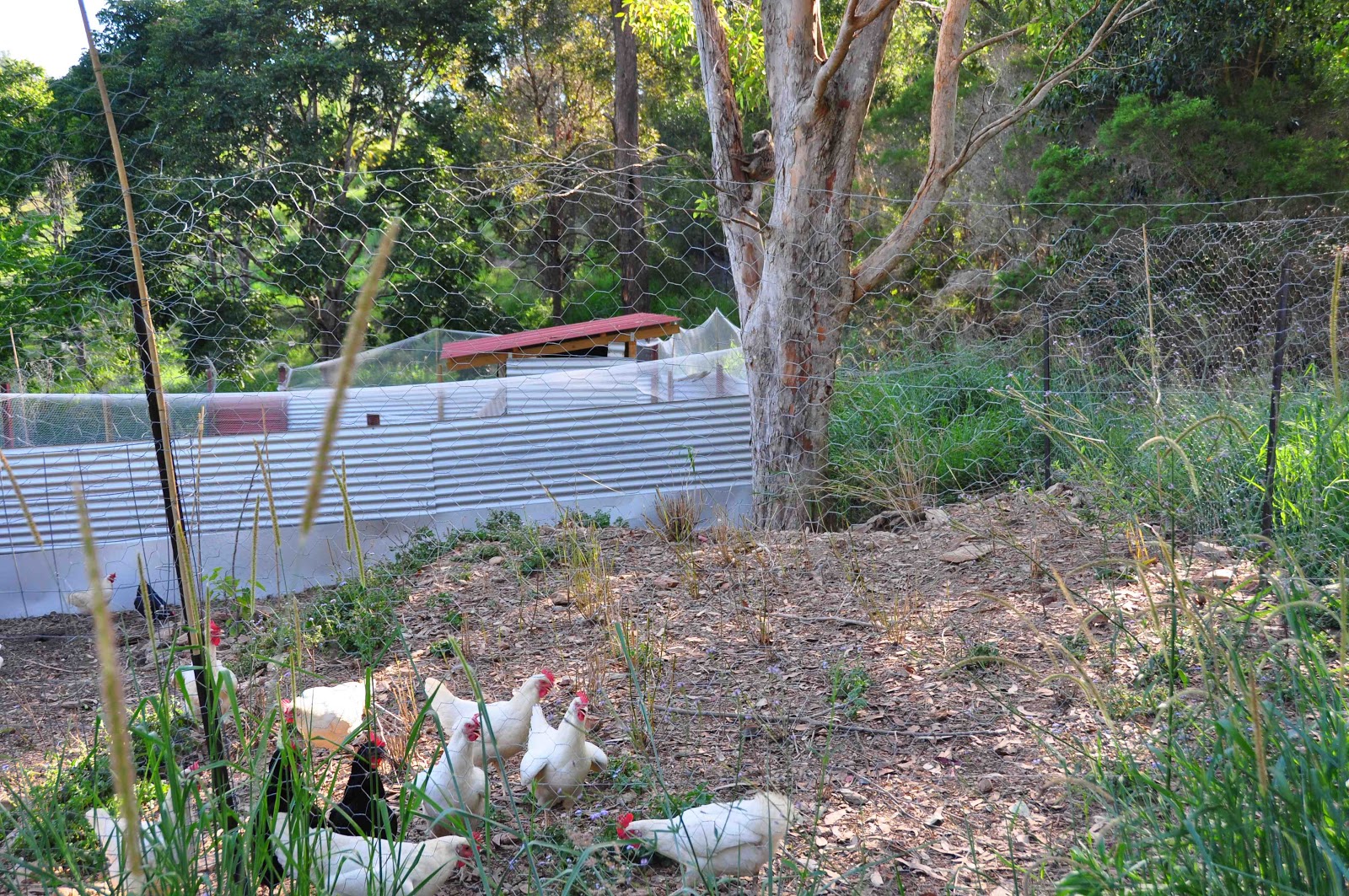 So the question is, how and why did the koala get in, as it would have had to climb over the fence.  Either way, its a welcome visitor and we'll see if its moved on in the morning.  We've seen a koala in a nearby tree before but much larger than this one.  So we have at least two for neighbours...

Postscript - sadly the next day this little girl went downhill and we had to call the wonderful Koala Rescue people.  They came and took her to get medical attention but phoned us later to say she was not only badly dehydrated but also had some kind of cysts and in the end, she had to be put down.
Posted by Energiser Bunny on 4.12.12