I wandered down to the veggie patch the other day to find Shaun chilling out with the chooks after letting them out for their afternoon stroll.  But what was so funny was seeing him sitting on the old trampoline (that came with the property, though hidden in the thick grass) and Bruiser the rooster staring up at him.  I wasn't sure if he was thinking "I feel you man" or "get the hell out of my patch - these babes are mine", but I think it was the latter. 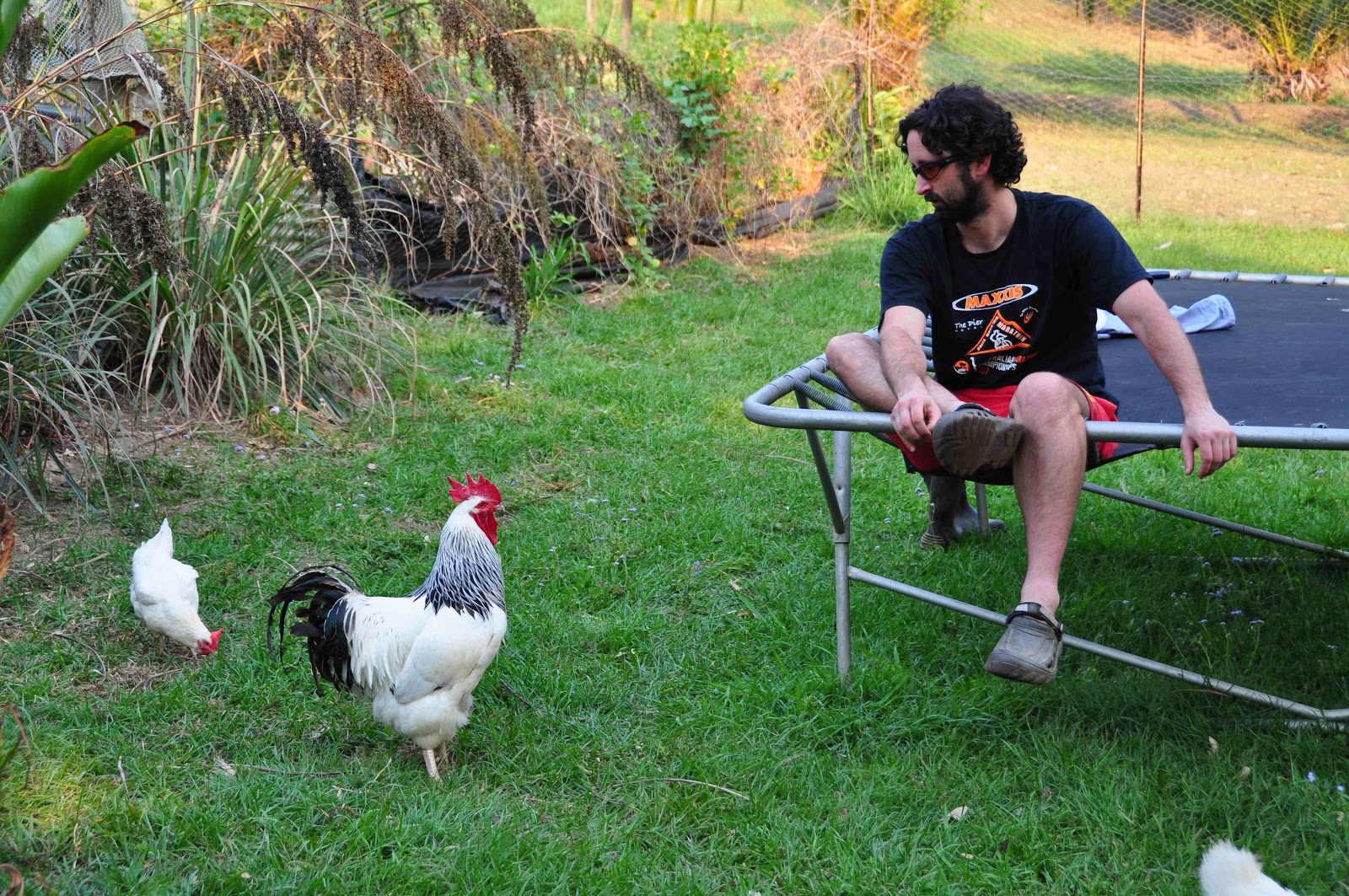 When I got closer, I saw that Shaun had been visiting the bee hive before he popped in on the chickens.  This was a bit of a give away. 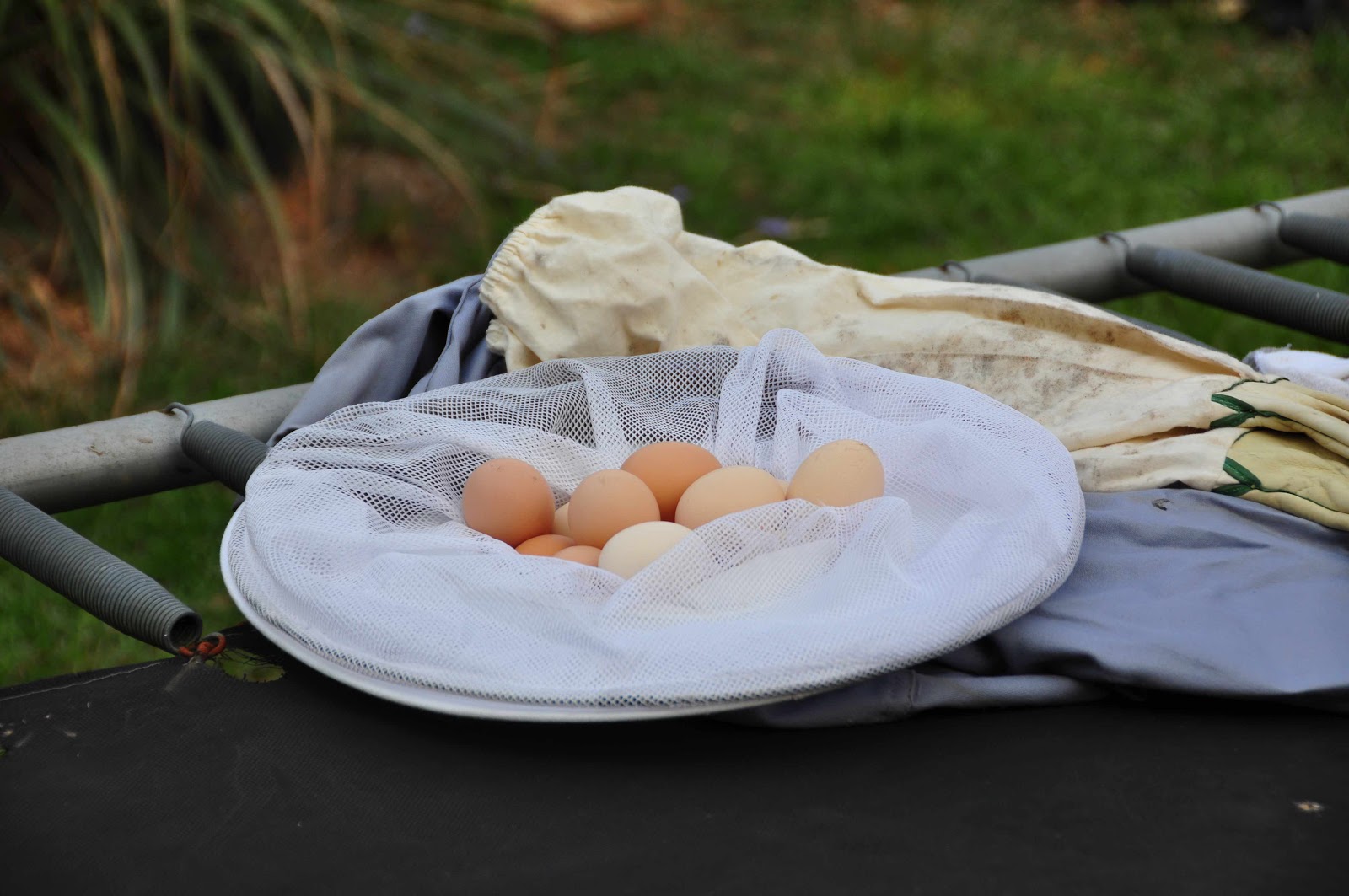 He'd been by the bee hive to move the back board, which was positioned in the middle of the hive.  Now that the bees have been in it for a little while, they've been building their combs from the front, towards the back.  The beginnings of the last comb had just started where the back board was, so it was time to move it back to the far end of the hive and give them some more space. 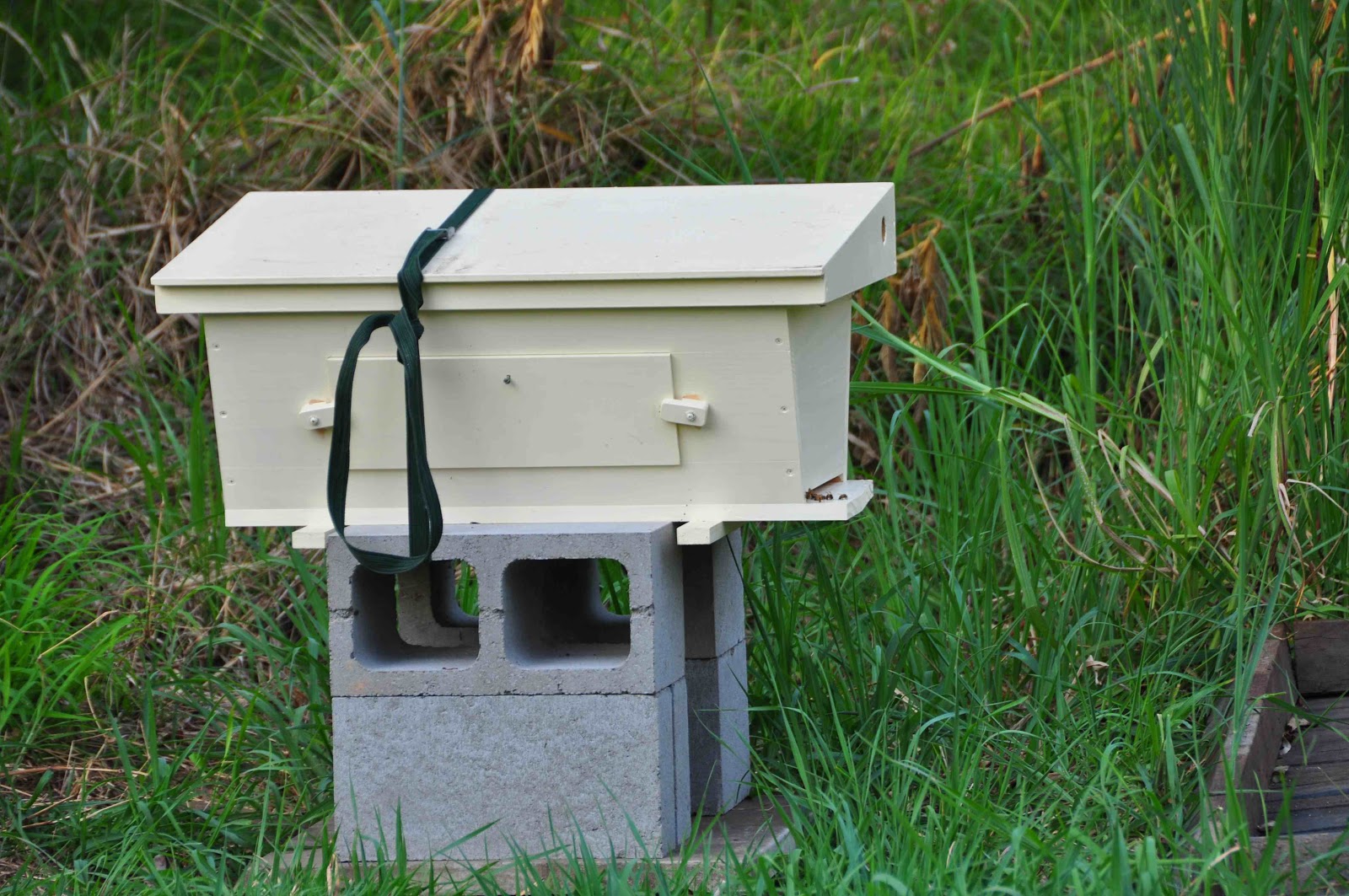 You can see their landing pad on the right hand side of this picture and they build from there back.  That panel is actually a glass viewing panel.  Once they've settled down from this intrusion, I'll take a photo and show you the inside as well.  Its wonderful to have them as it feels like another piece to the puzzle of this self sufficient lifestyle is in place.  I'm hoping we'll see an increased productivity in the patch and the food forest as a result.  and I won't complain about the honey either.