Its time to bring the honey in

We were given a hive and a swarm by our wonderful friend Hans, who for many years now has been building up his knowledge on natural bee keeping.  He has about 18 hives on his 12 acres and sells his excess honey (which as you could imagine is quite a lot). He gave us a top bar hive which consists of a box with just the wooden bar sitting in the top of the frame (inside the lid of course). 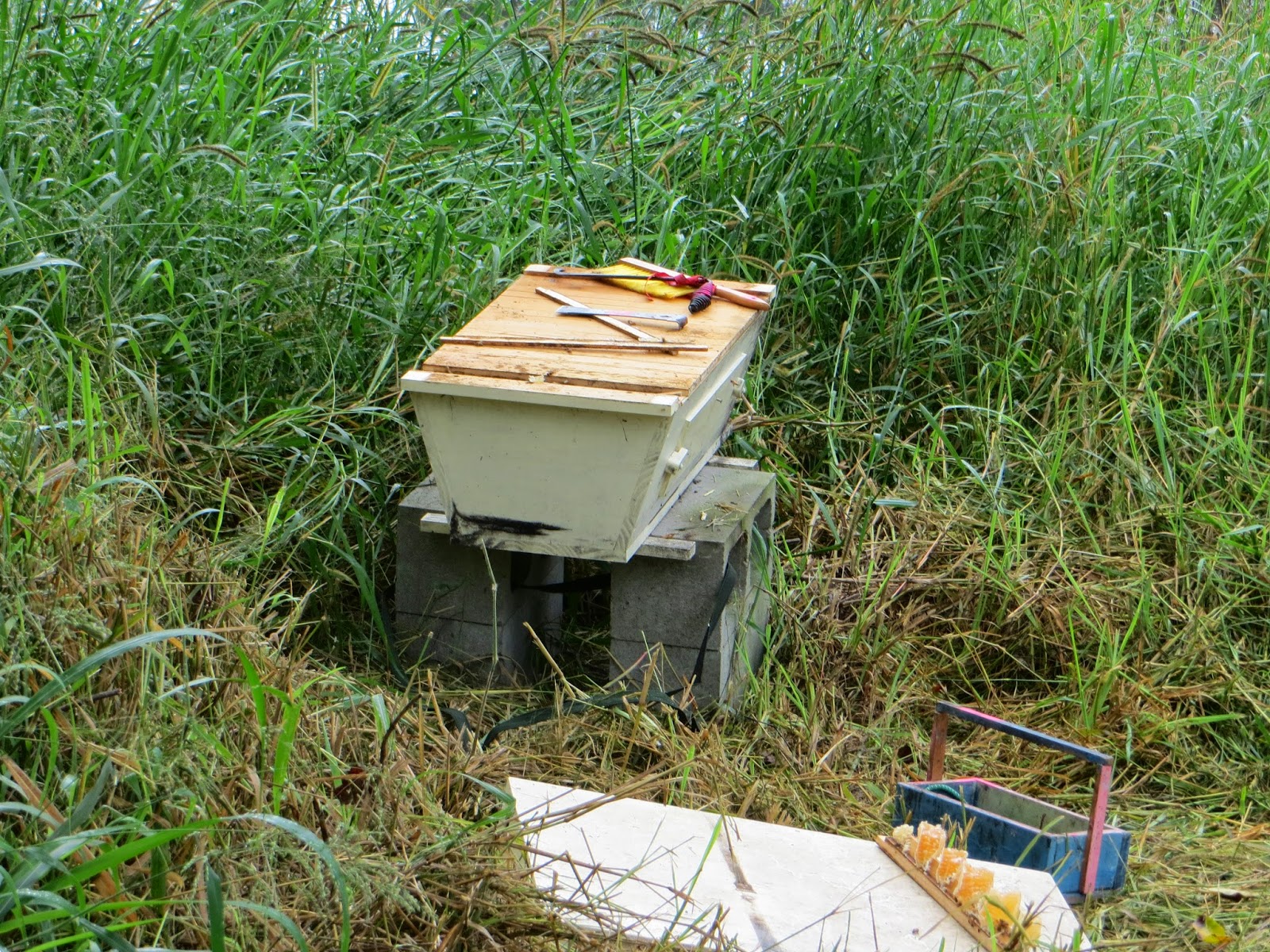 Where as mainsteam hives have frames, these ones just have the bar and the bees build the combes down from those into the hive cavity.  There are no chemicals used to treat the wood (and there really are a lot with mainstream bee keeping) and its incredibly simple. The first swarm sadly died after a cyclone that blew through at the beginning of last year, which weakened them an left them open to hive beetle. We were planning to organise a new swarm but I checked the hive and found a new one had already made itself at home.  I was a bit worried about the same thing occuring, but they've gone from strength to strength and now Hans is back to show us how to harvest the honey. 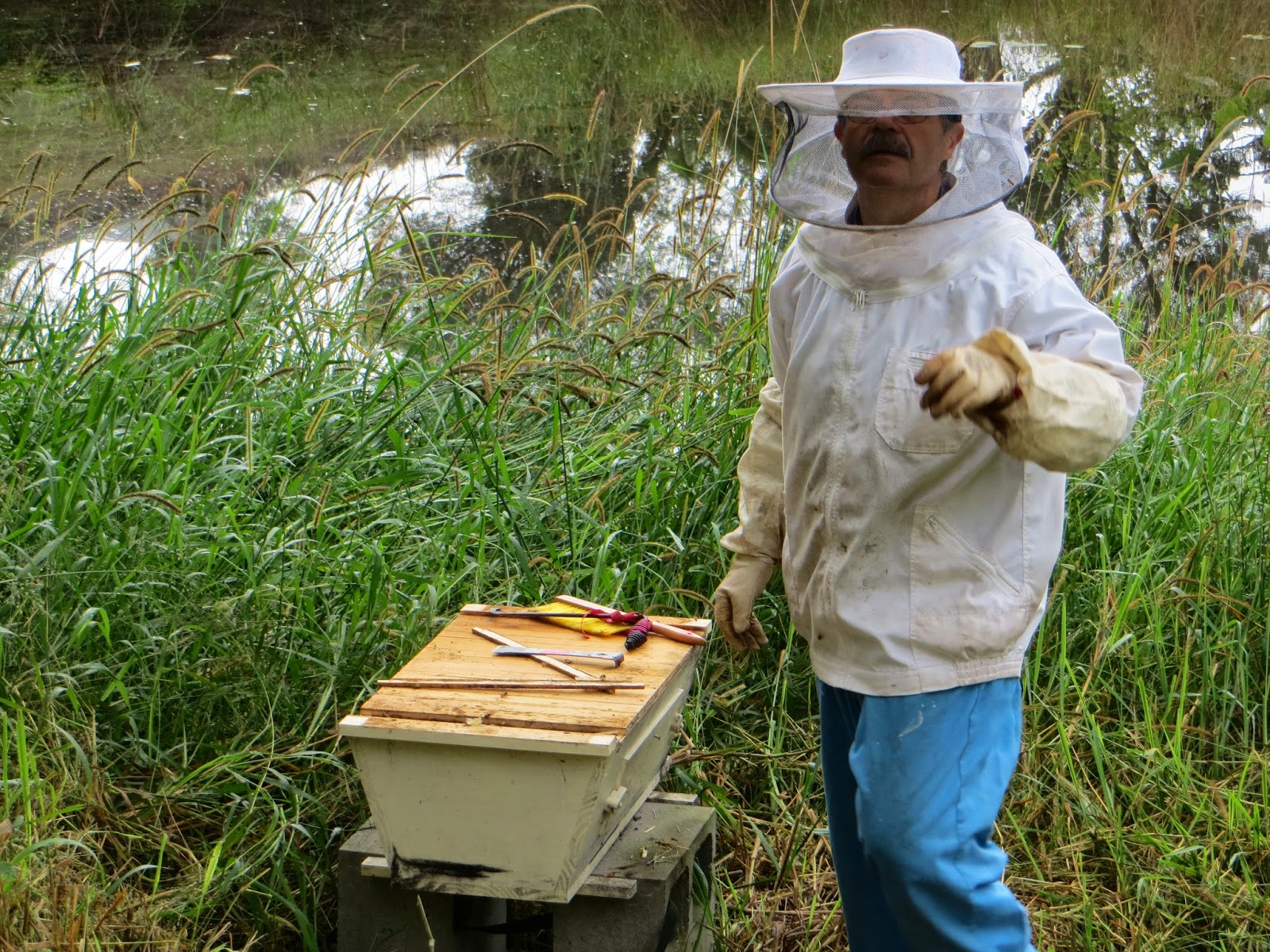 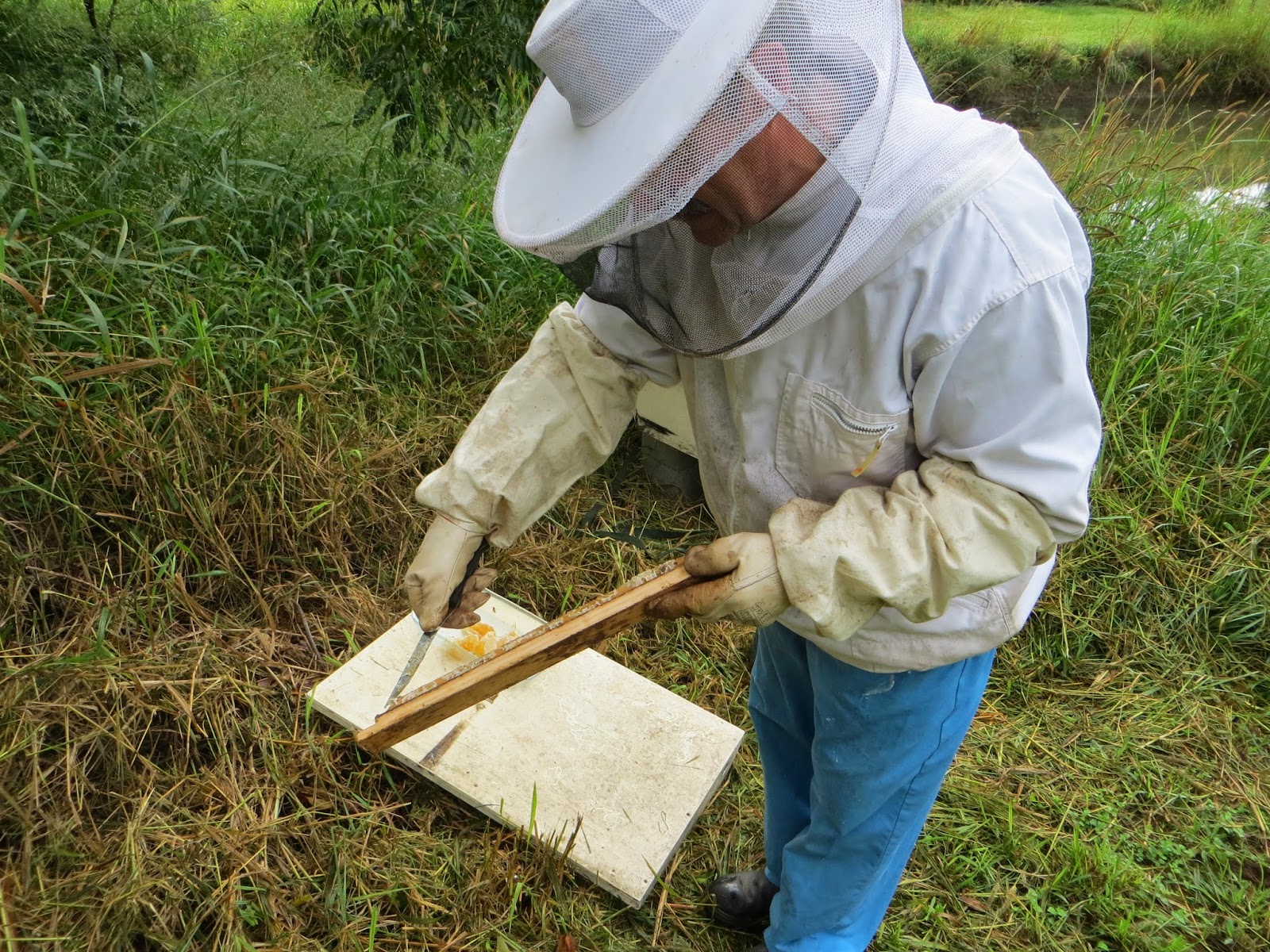 Once Hans was inside the hive, he saw that it was so full, we wouldn't be able to get all the honey out without splitting the hive. So he took out a little for us to use and then is going to come back one night during the week, take the hive back to his place where he's got everything he needs and split the hive for us and bring it back. So he just pulled up a few of the top bars but it was a treasure chest of honey. 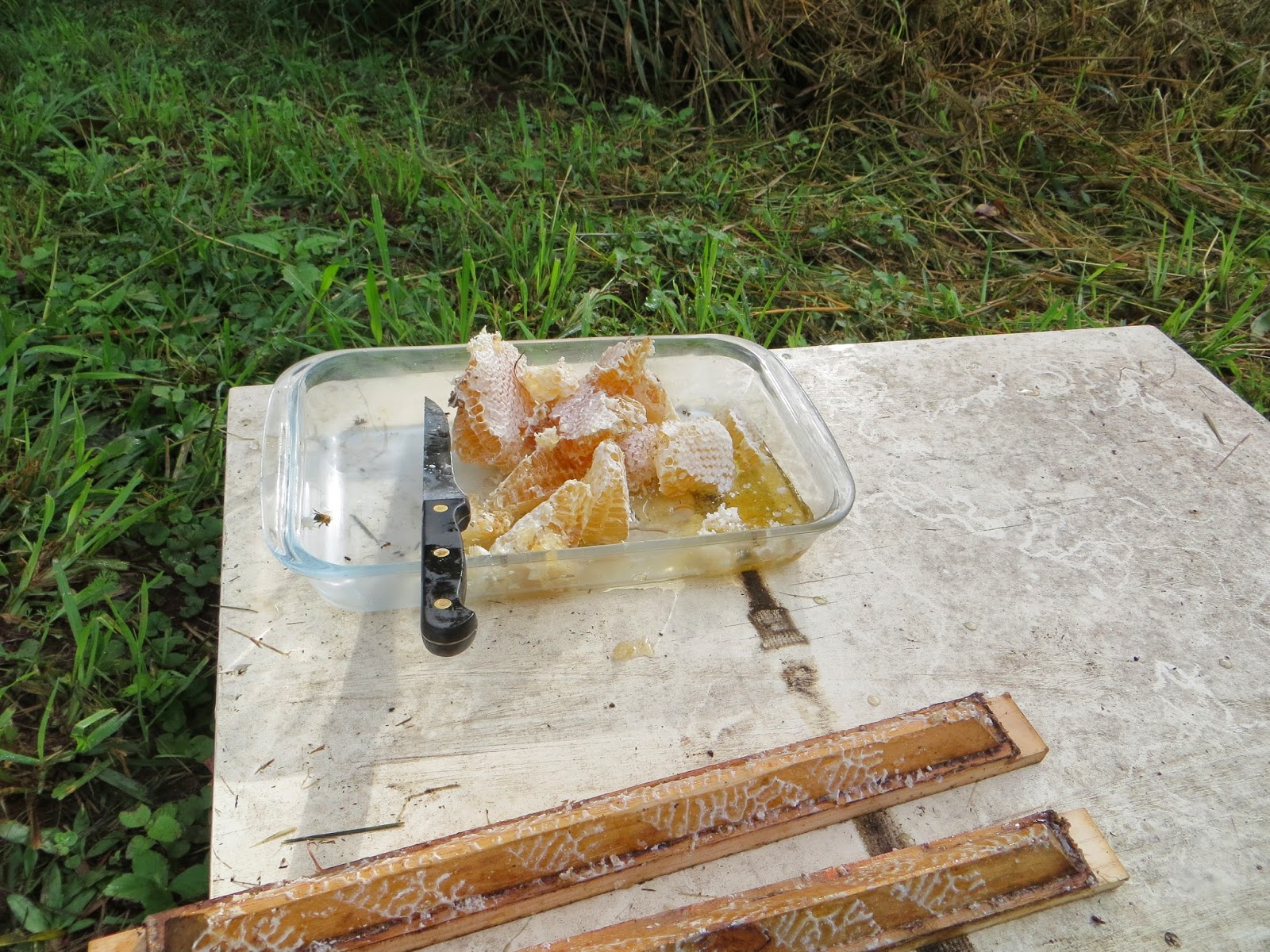 After taking this shot, I had to focus on the honey collection (and the bees who were getting a bit cranky) but off just three top bars we collected about five times what you see here and came back to the house (being chased by bees) with two big trays piled high with honeycomb.

Hans and his wife Sandra then showed up how to put it into a big pot (making sure its clean and has absolutely not water in it as it ruins the honey), give it a bit of a mash and then put it over a bowl and let it strain through. 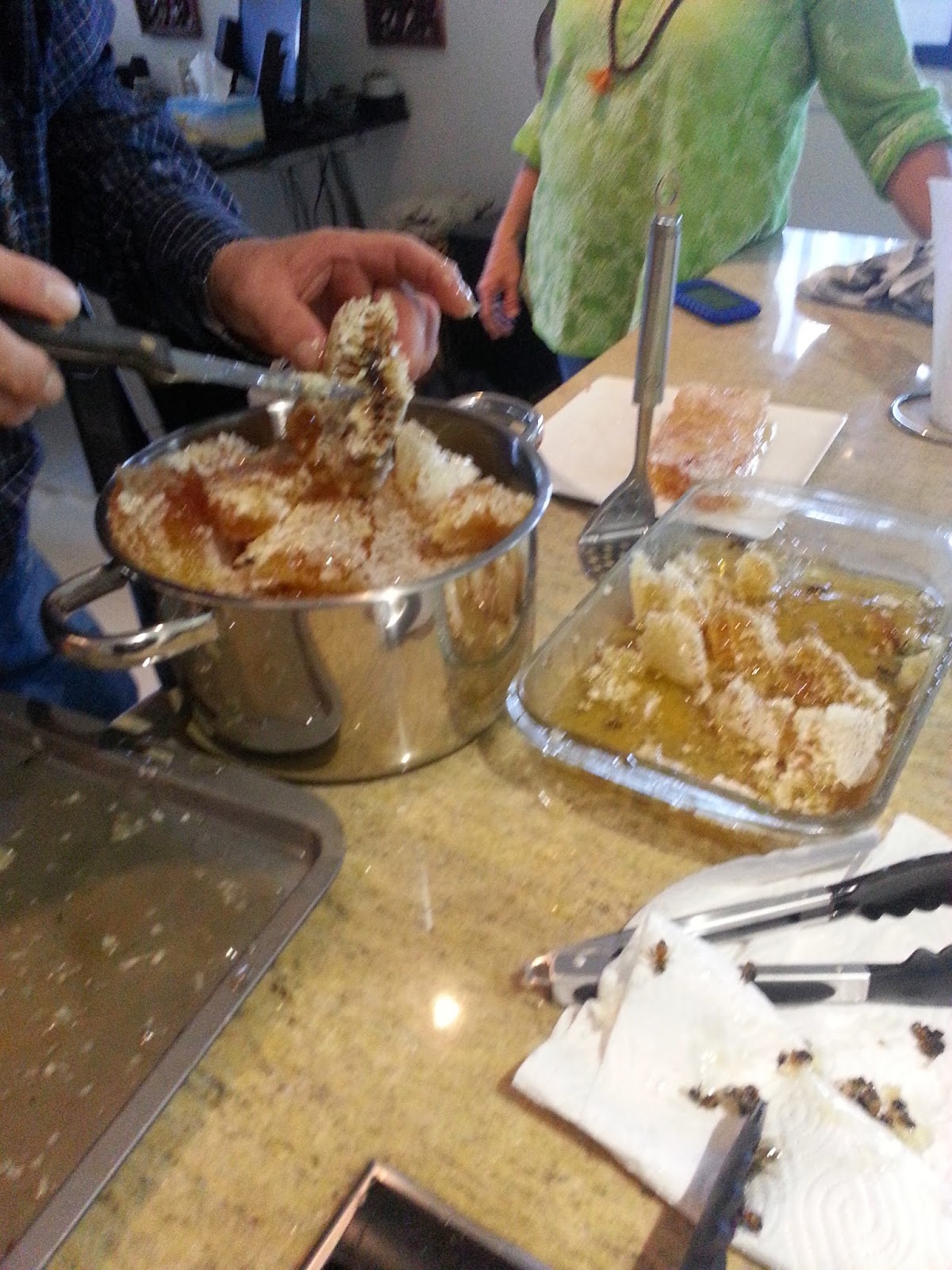 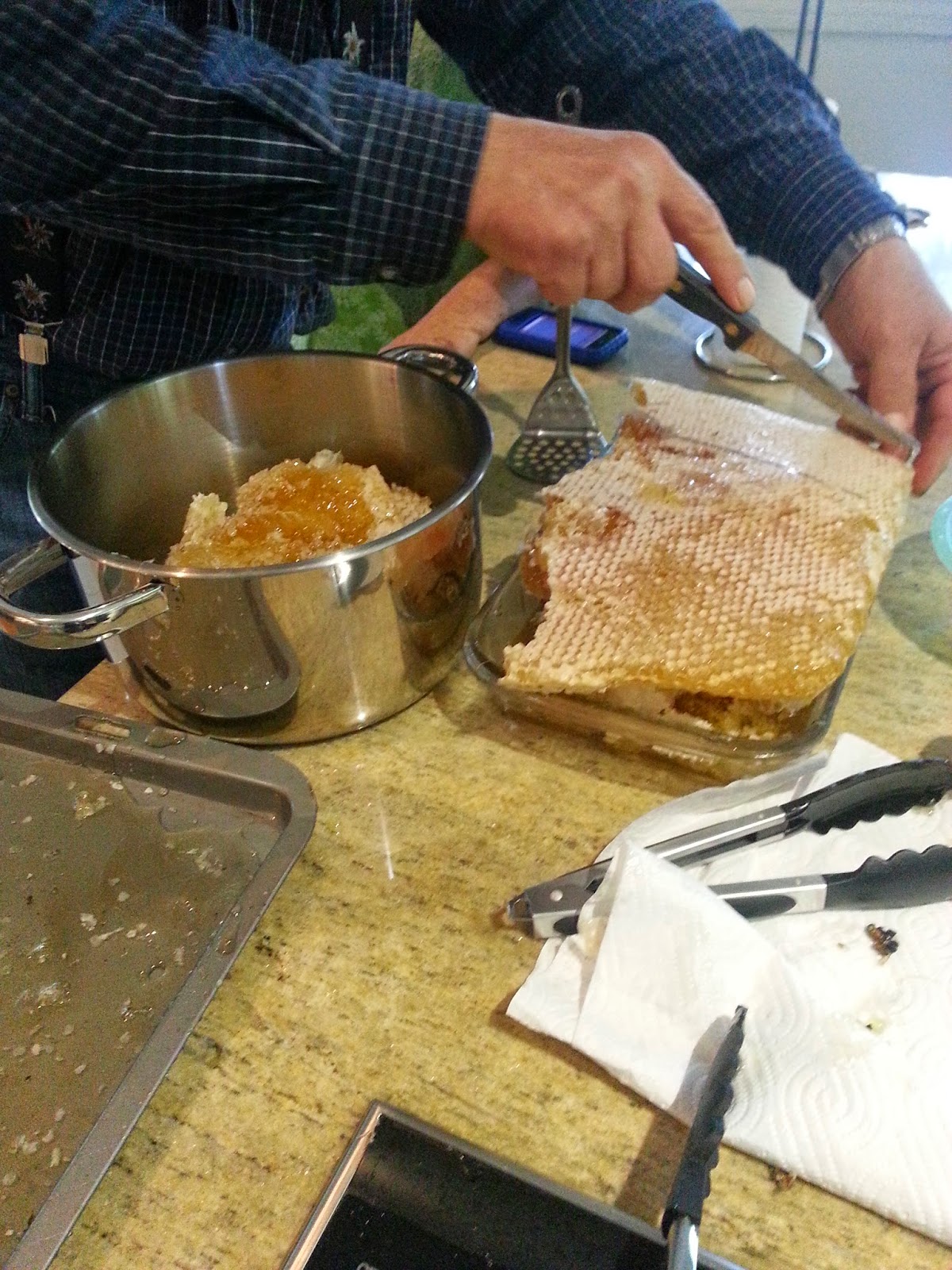 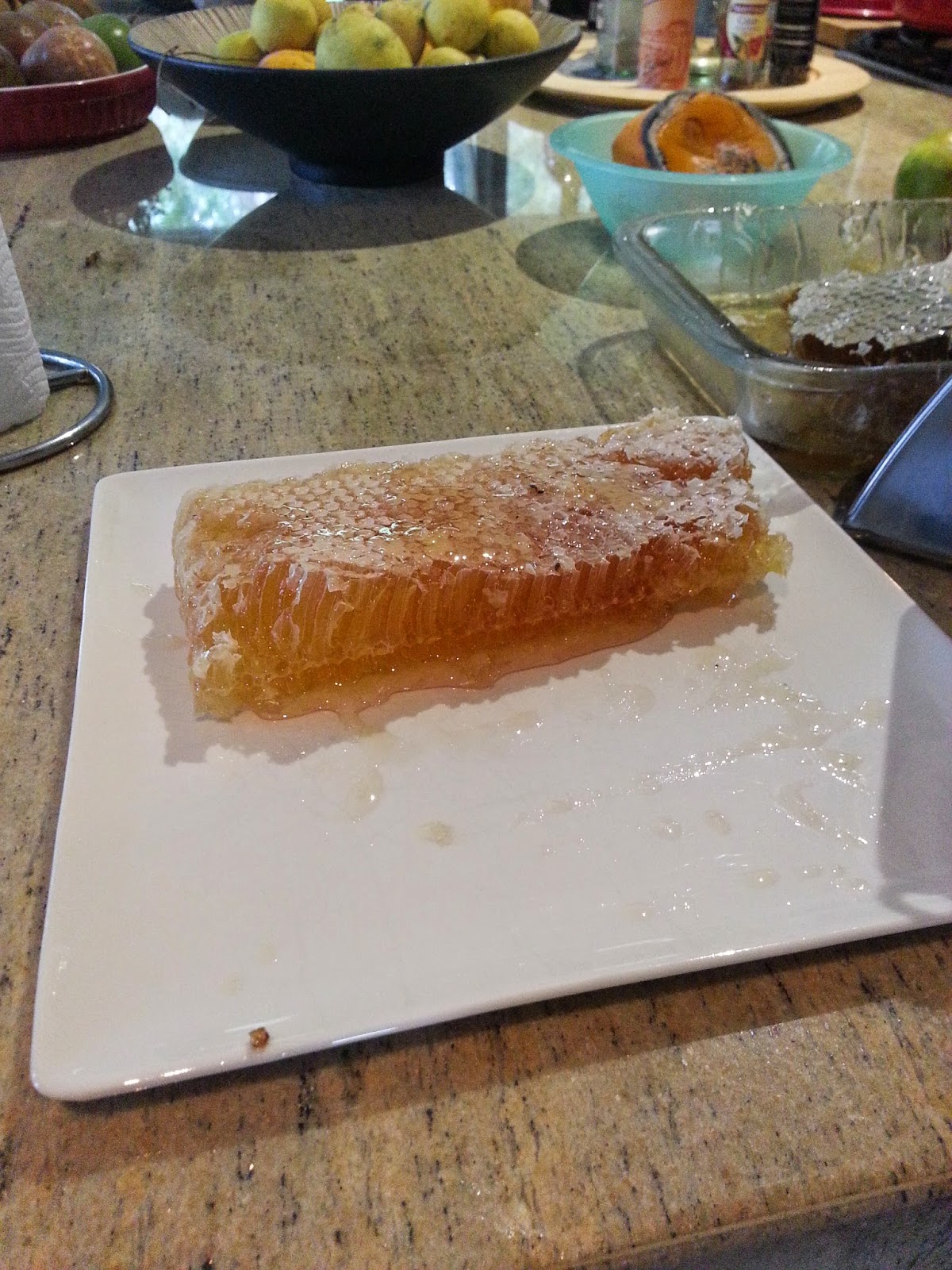 Once we'd given it all several hours to strain, we poured the gorgeous honey into a series of wating jars.  Here is what we kept and we gave away that much again. 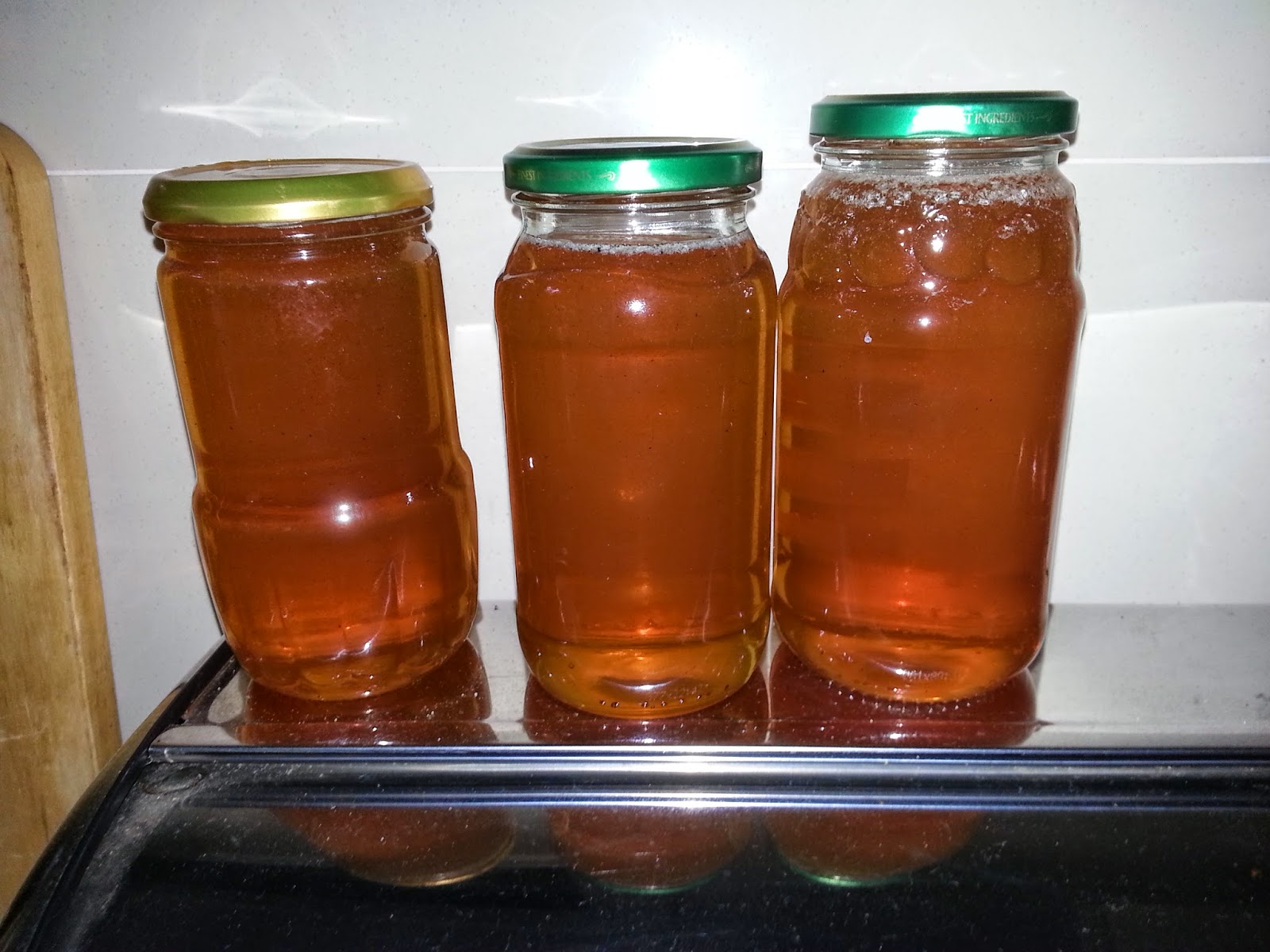 And given that was just from a small section of the hive, we're pretty happy.

Hans told us something very interesting about the bees as well. We thought we would have to completely clean out the hive to get rid of the hive beetle and we very surprised when a new swarm moved in.  We honestly thought that they wouldn't make it either, which is why we weren't keeping a close eye on how full it was getting.  Hans explained that if you have a really strong swarm then they will manage the hive beetle by herding them into a corner and in that kimd of concentration, they can't breed.  Sure enough, when he opened the hive, they were in just one corner.  He also said our bees were quite aggressive and many people don't like that.  But its this agressiveness that means they can manage things like hive beetle.  So having aggressive bees means they are strong and will do much better.  And I should say that we only realised how cranky they were once we started stealing their honey, not just in the day to day of sharing the property with them.  A had a bunch of them after me at one point and was running along the dam wall to get away from them and still got bitten on the bum through my clothes. Hans thought it was hysterical.