During the recent cyclone, we heard a massive boom that sounded surprisingly like a bomb going off.  I  ran onto the balcony and saw that the large gum tree near the new chook house had come down. The worrying thing was that we knew our 20 girls would have been hiding in and under the chook house, trying to stay out of the rain and wind.  So we bolted down there and the entire run was hidden under branches and leaves.  Unbelievably, the girls all staggered out safely, looking a little dazed but unharmed.  We set to, moving the branches to one side until the larger ones were left that would need a chainsaw.  It was still pouring with rain and the wind was howling and we didn't want to leave the girls in that run as the other trees could also come down, so despite all the efforts to separate the layers from the meat chickens, we moved all the chooks in together.  It was a tight squeeze and Bruiser seemed a bit put out with so many women around, but no major fights ensued and we knew they would be safe there.

These are pics of the damage after we'd done most of the cleanup, but you'll get the idea. 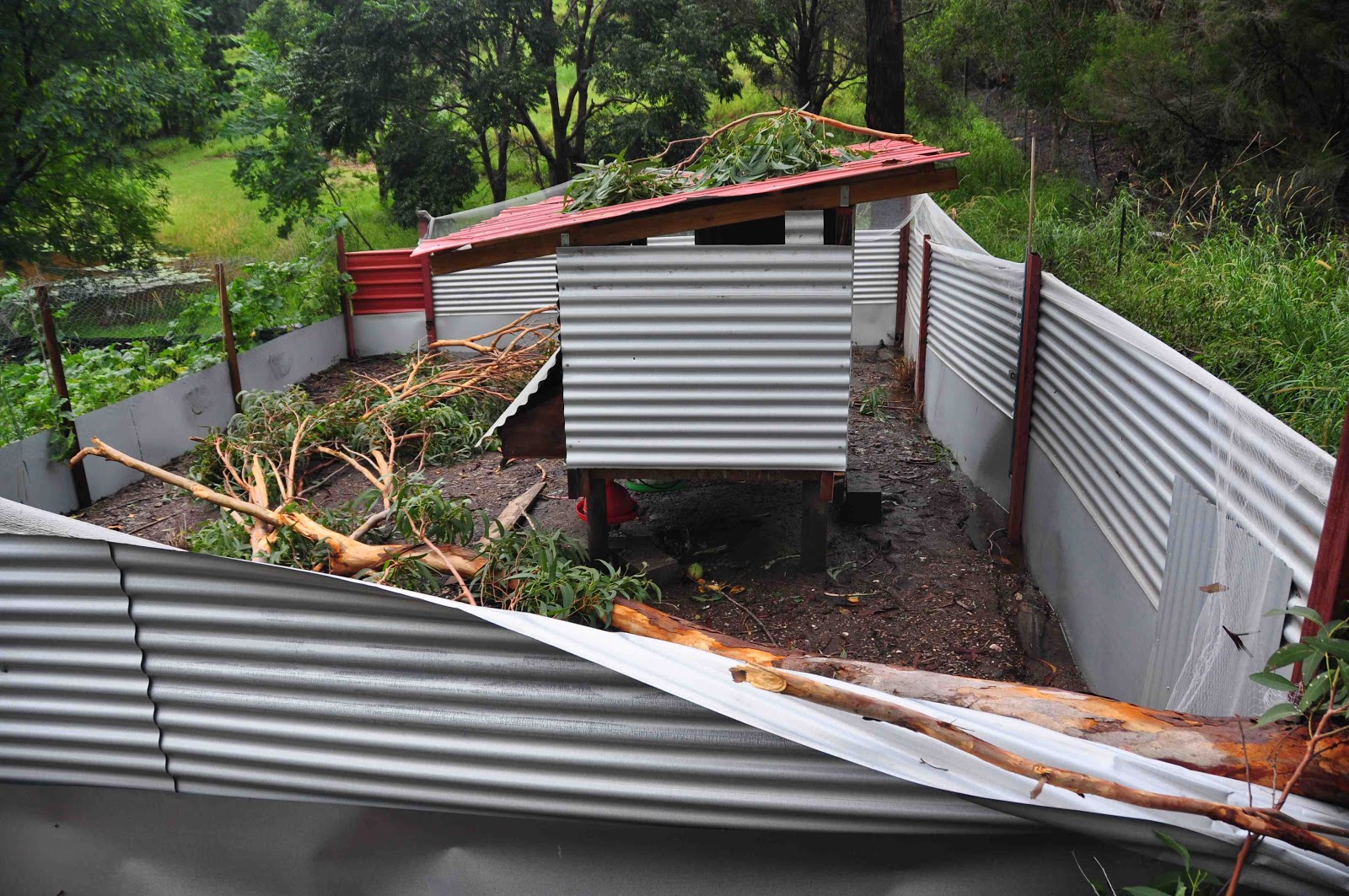 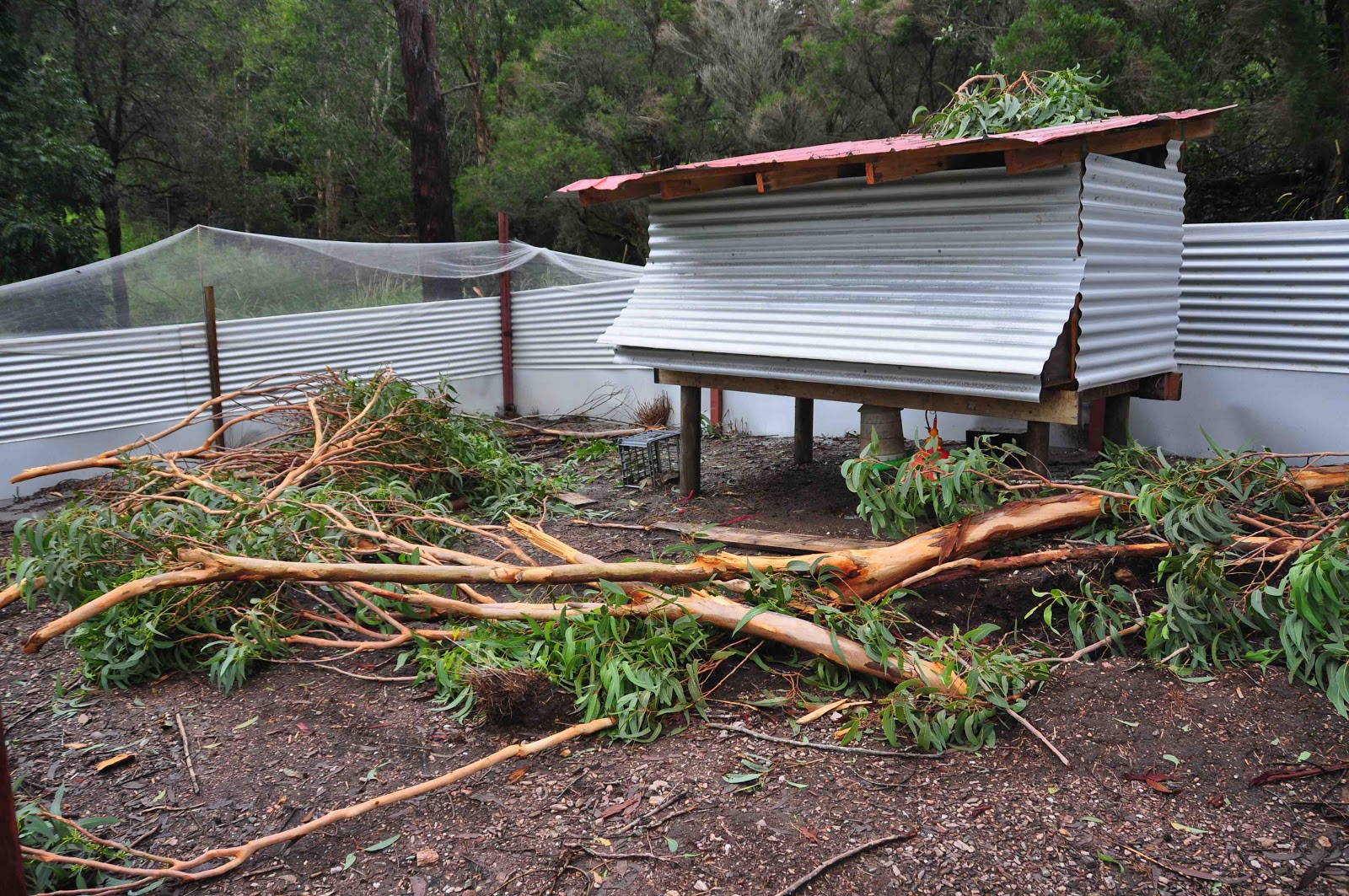 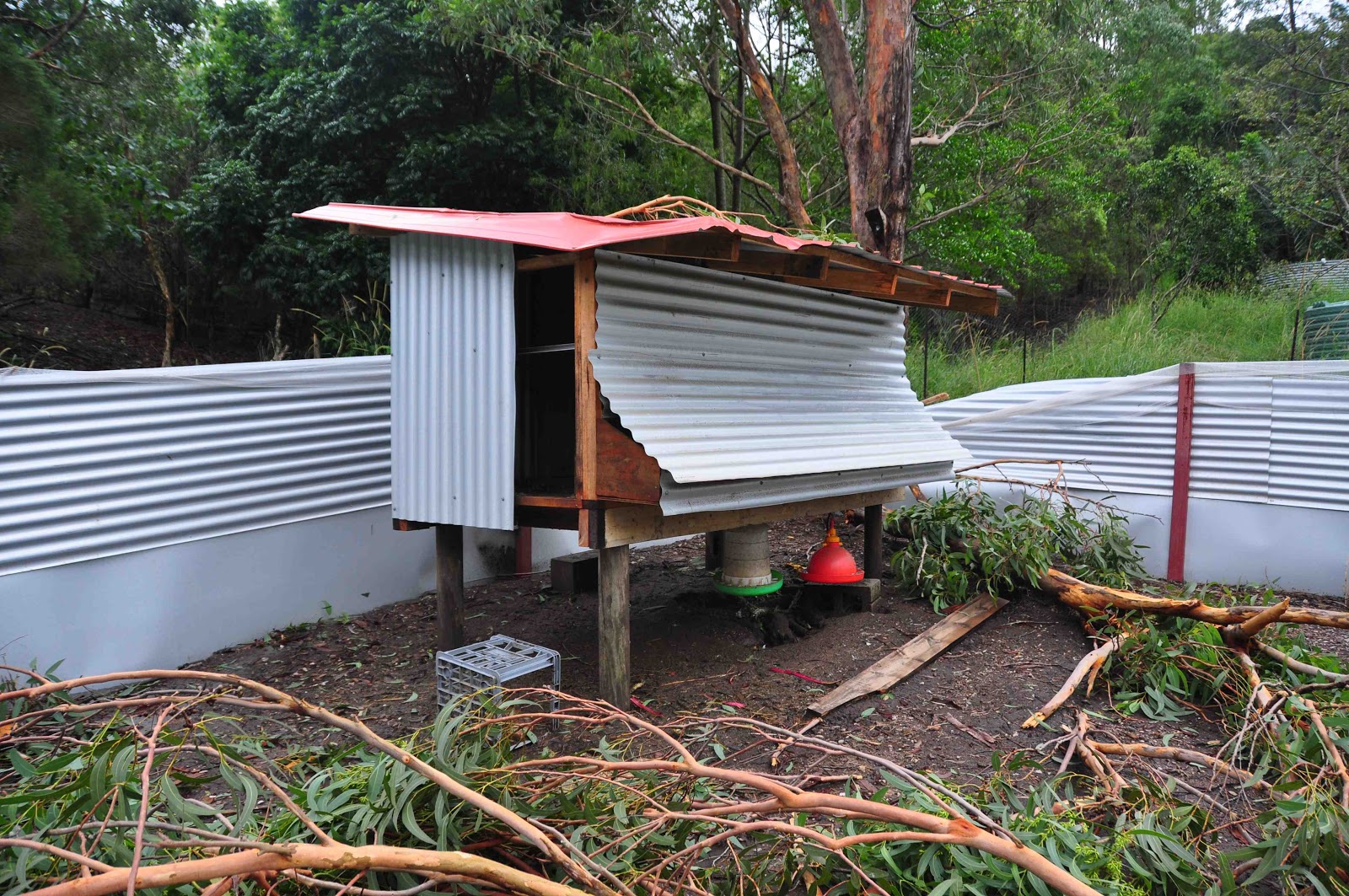 Good thing Shaun did such a great job on the construction of this chook house!!
Posted by Energiser Bunny on 2.3.13 1 comment: