The more we put food plants onto our property, the more visitors we have that come and enjoy what's on offer.  But this one is just for the birds 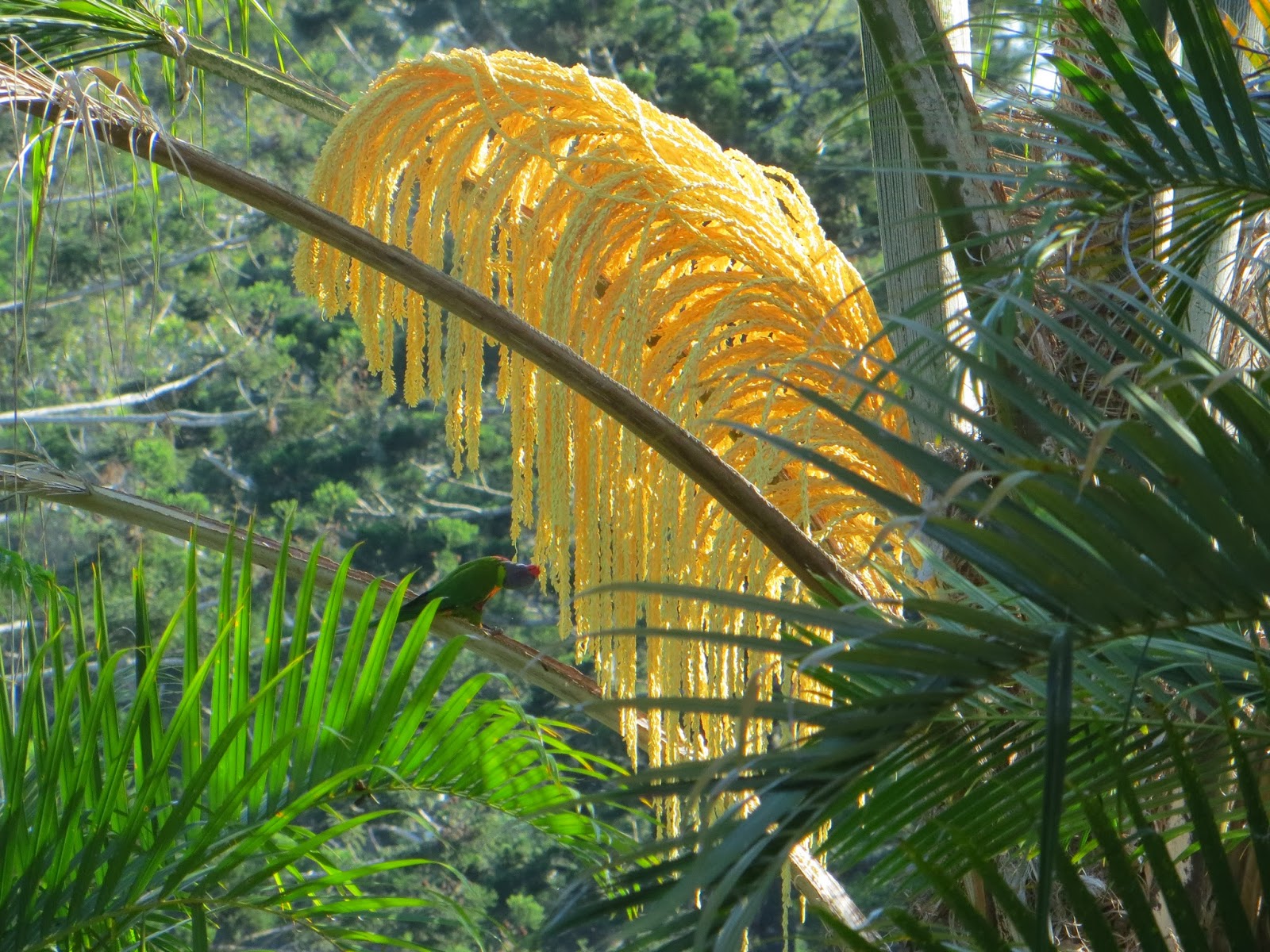 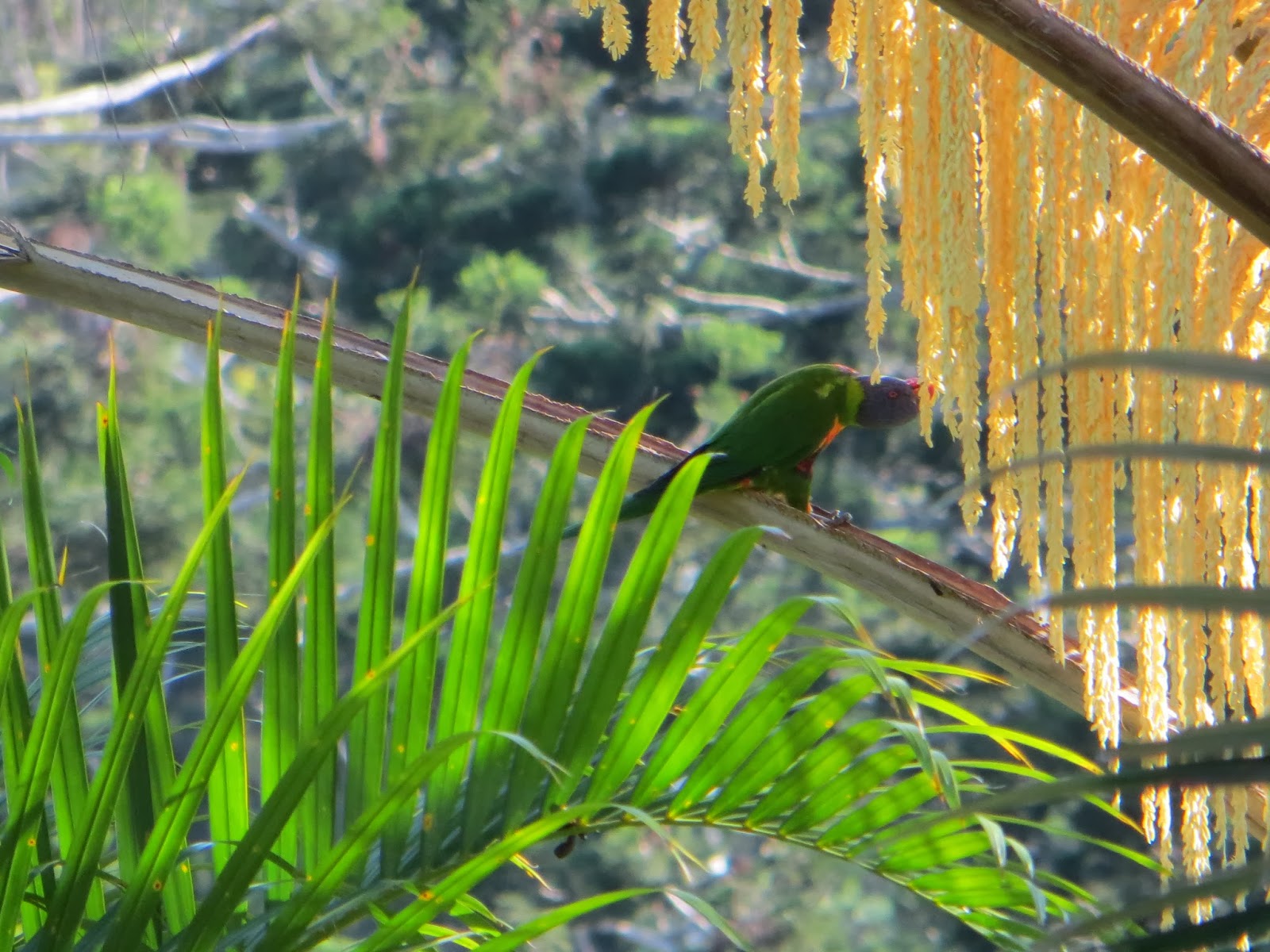 As I go back to work next week, its been full steam ahead in the garden. Thankfully we've had rain and cooler temperatures, but still, its dirty,sweaty work.  And the other gift is the help I've had from Beau and Greg, who are taking it in turns (wise men). So the top swale where the apple and macadamia trees are was next on the list.  The grass was as high as your shoulders and needed the same treatment as the lower swale had just had.  So we stockpiled manure and mulch and got to it.  Here's what it looked like when we started. 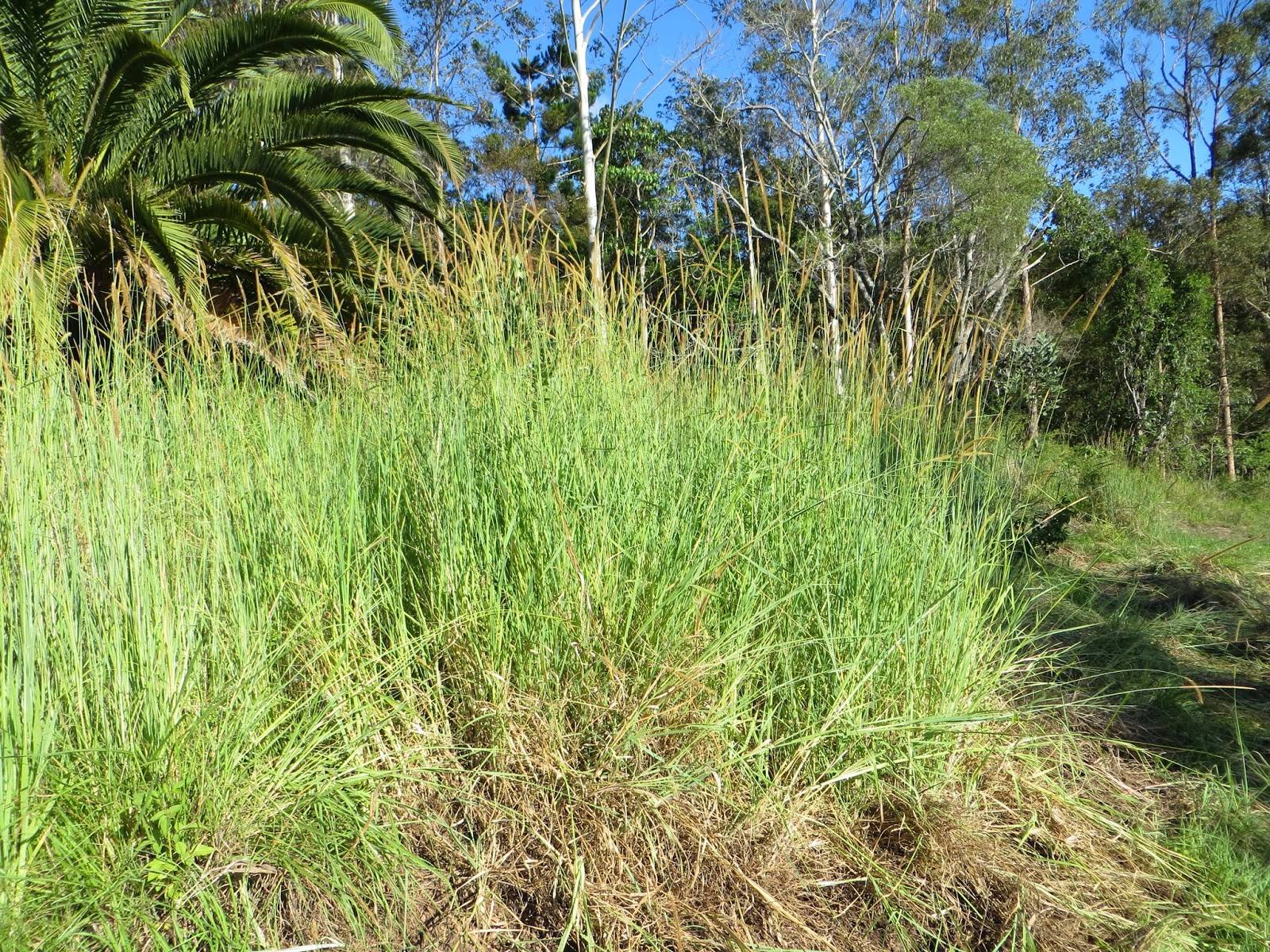 I was out removing more grass today (surprise, surprise but more on that in the next post) and low and behold - apples 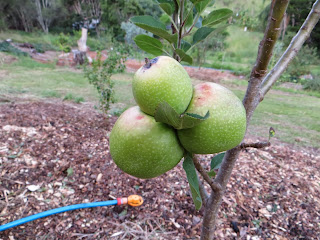 My new forest sprung a leak

I'm so pleased with the expansion of the food forest, but with the first rain came the first problem.  We'd taken so much grass away, which was great, but it left loose soil along the swale and especially where one swale drops into the one below, not so great.  So there was only one thing to do - slow the water down through the little gully so I didn't lose all the soil and mulch with the next rain.

I had read a post on Milkwood's blog about Yuni Bowls (http://milkwood.net/2011/11/04/making-a-zuni-bowl-let-the-water-do-the-work/) and whilst it wasn't quite the solution I needed, it gave me the blueprint of what I had to do. 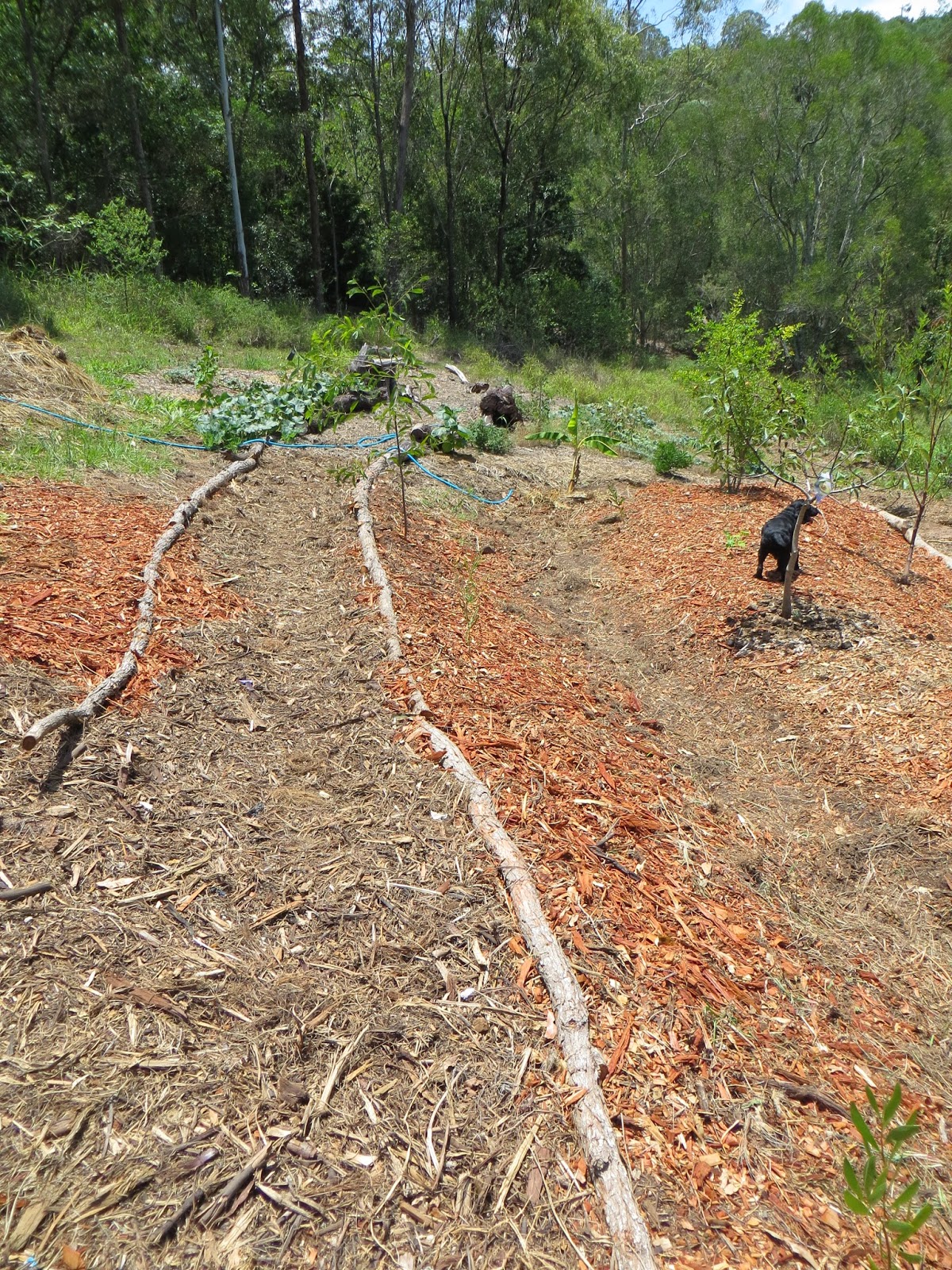 The problem was a steep gully where the one swale tapered off and turned downhill to allow the rain to be captured in the lower swale )you can see the swale curving to the right in this photo).  A large tree stump stopped us continuing the swale straight along contour and so this seemed to be the best solution.  But with the removal of all the grass and the first dumping of rain, the problem became clear.  So I went to the local landscaping store and hand picked some cast off standstone and voila 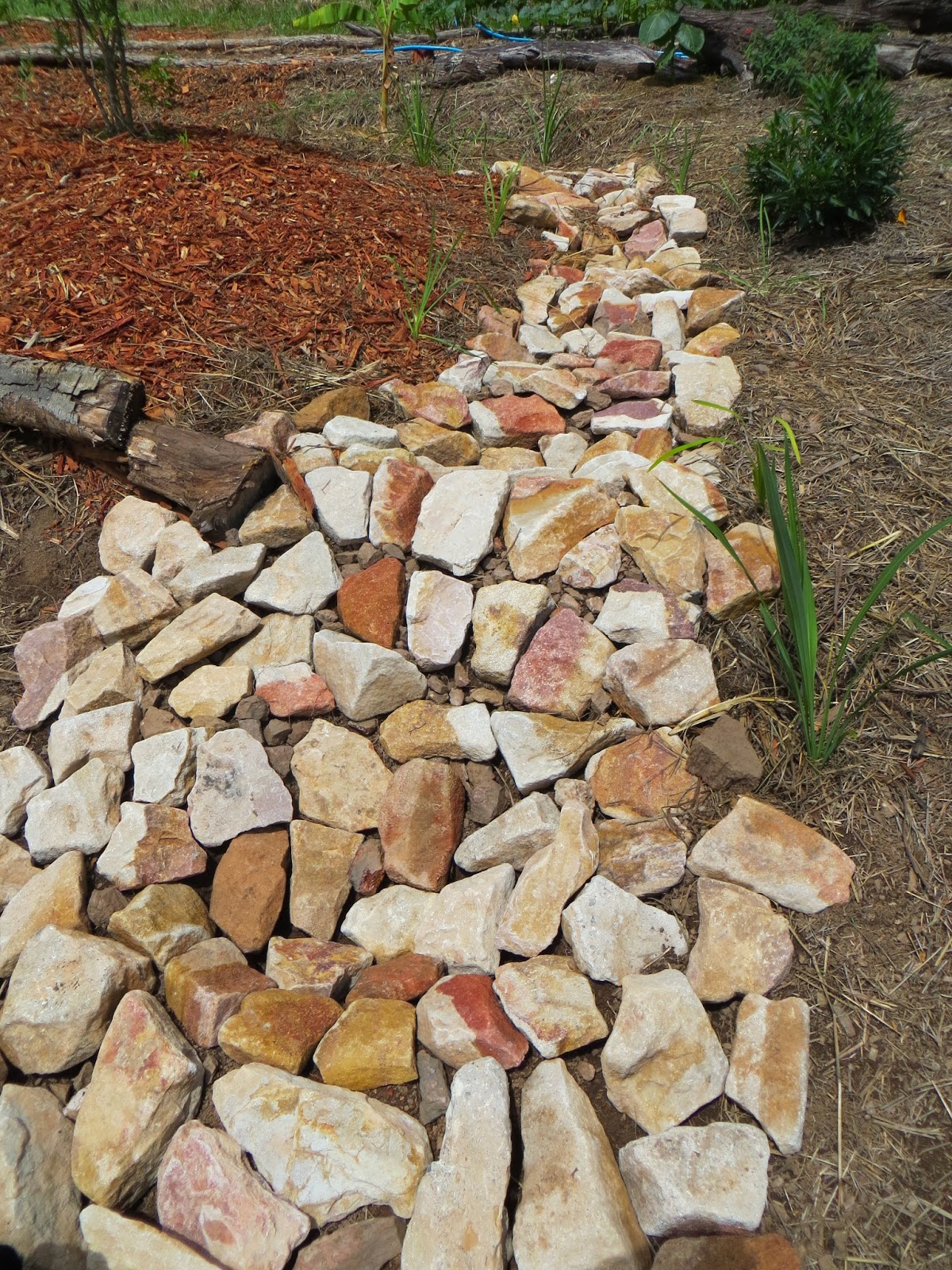 Well perhaps not quite 'voila'.  Those rocks were heavy! And rather than just laying the rocks down the slope, I dug three small pools to slow and capture the water as it moves down the gully.  The idea is not to create ponds per se, but just to slow things down and avoid erosion.

Mad I know, but as I was taking some time off, the thing to do was obviously to work on my food forest in the height of summer.  Thankfully, I had help from my friend Beau and together over a few days, we cleared the next area of the food forest and since then, I've been busy planting and weeding as the area starts to establish itself.  The first thing we had to do was to remove all of this. 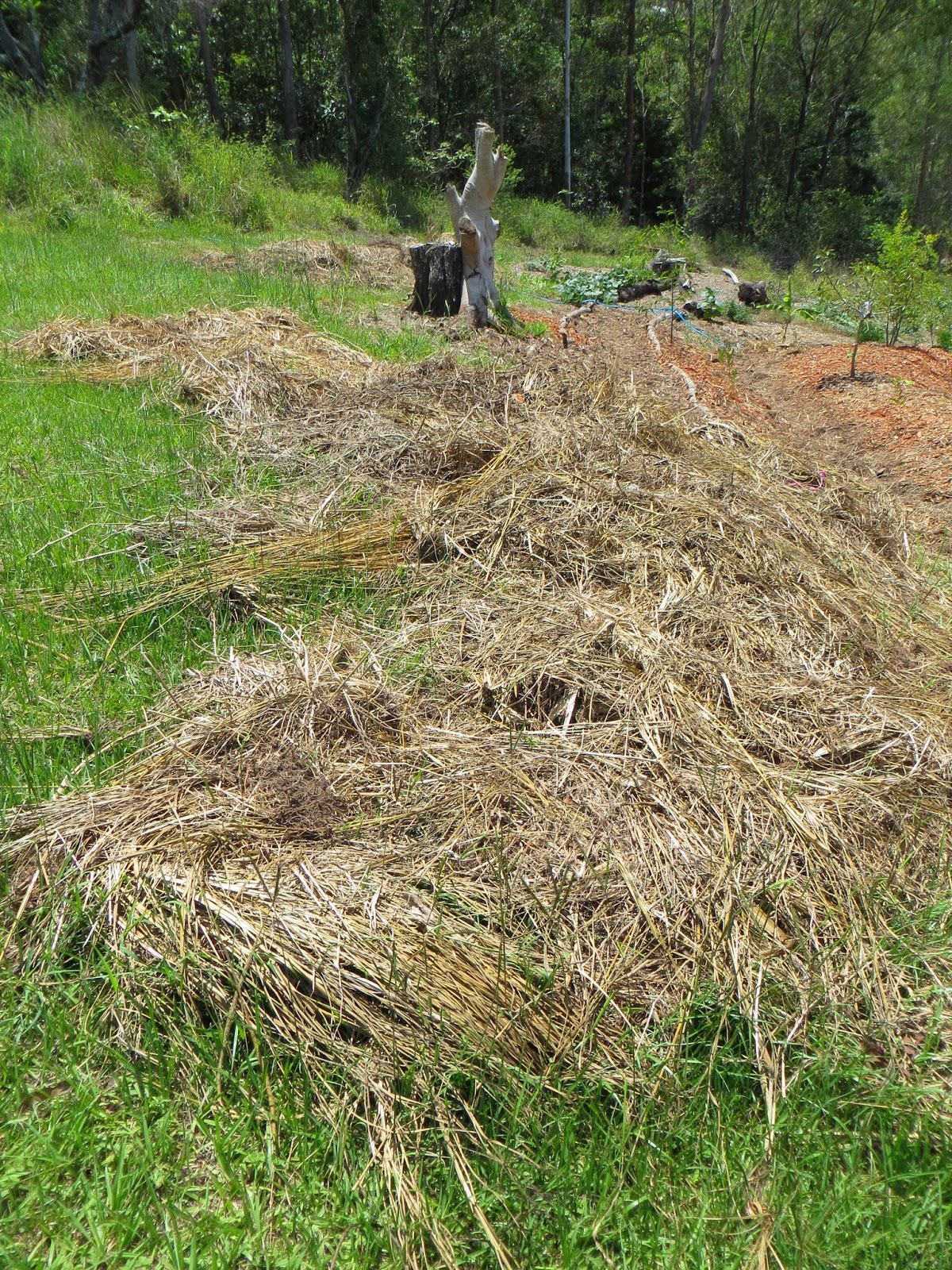