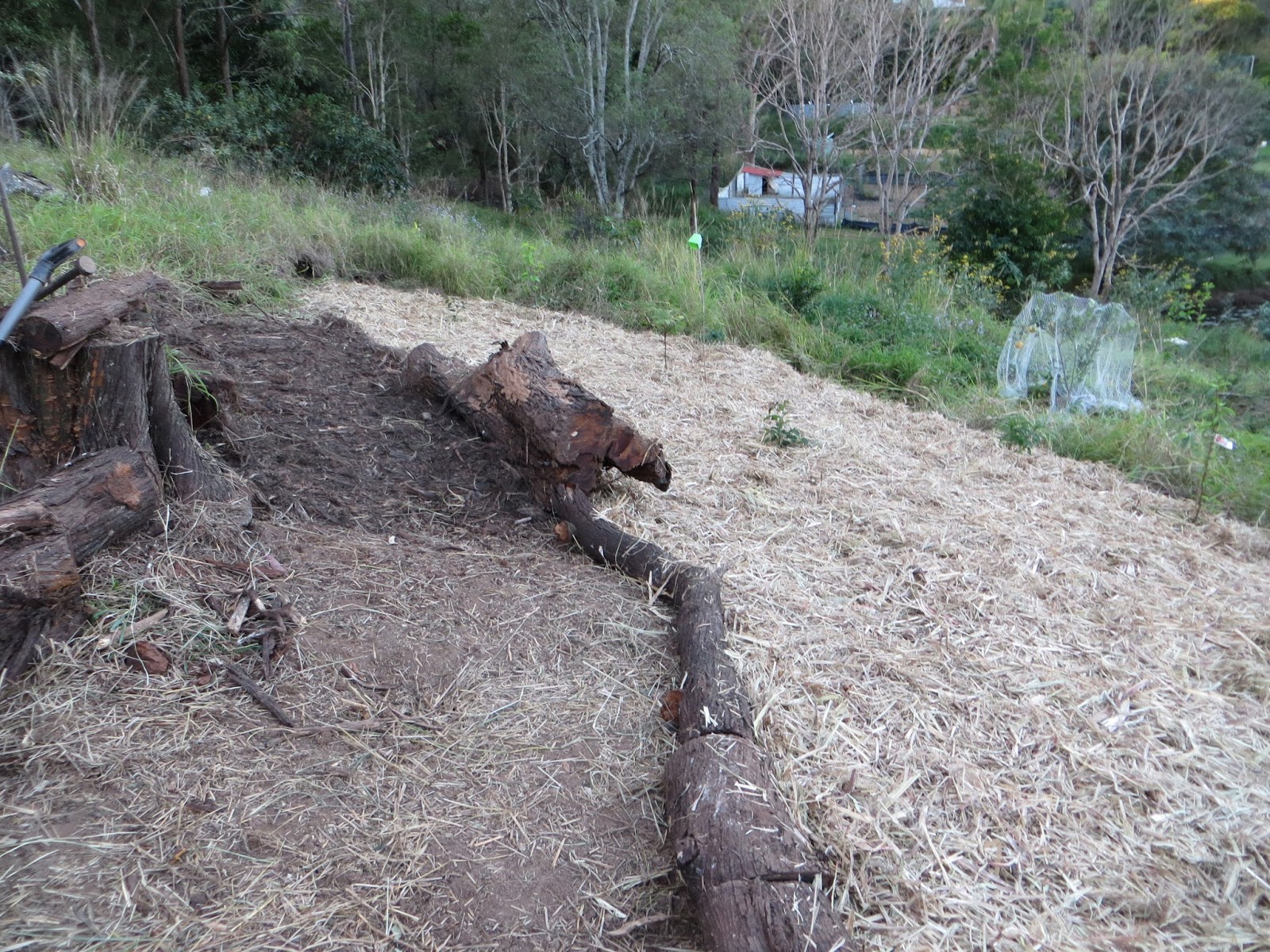 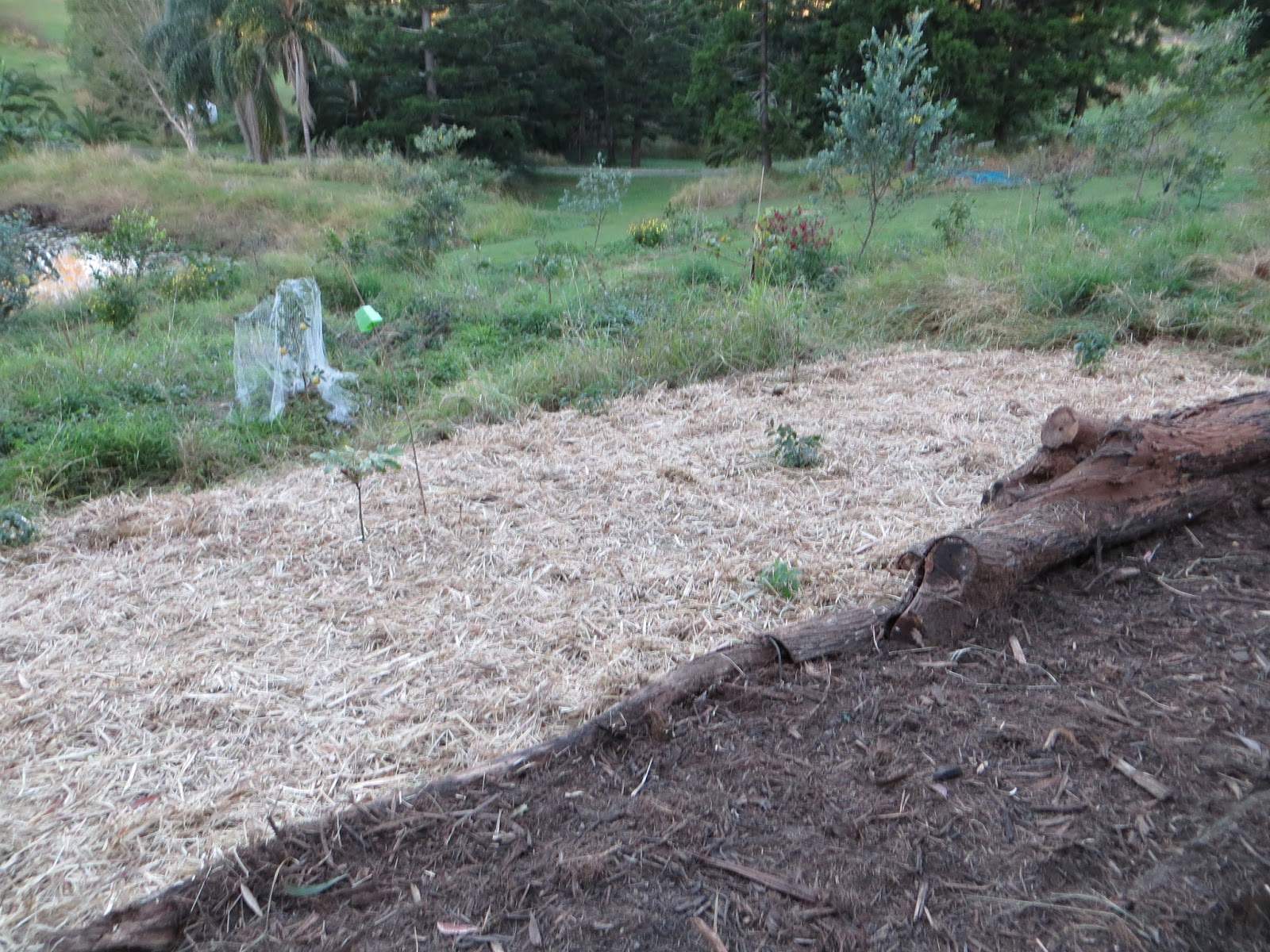 We have a section of the food forest  that the swales didn't extend to, as there was a large old wattle that needed to be taken down before it fell on someone.  So Shaun took care of it, cut up most of the trunk and branches but we didn't get around to taking them all away before summer and the dreaded plague - triffid grass.  Apparently the CSIRO did some research on a variety of grass for stock feed.  As it turns out, its good for cattle but dangerous for horses.  Not only does it grow head height in a matter of week, it also grows with a 20 cm matt of roots that chocks out everything else. And our property is covered with the stuff.  We have struggled to remove it in our veggie patch area and in the end need a rotary hoe to remove it.  But some still finds its way in.  On the swales, we put in a green manure cover crop and then put down sugar cane mulch.  After a great first season of nitrogen fixing plants, the grass started to come back.  In hind sight, I should have got on top of it them.  Live and learn.  The area that we hadn't touched is not only covered in this grass, it also was now thick with lantana.  But given that its still winter, when the grass is dry and the weather conducive to hard labour, we decided to give it a crack.  Two days and two ute loads of lantana later, here's how its looking 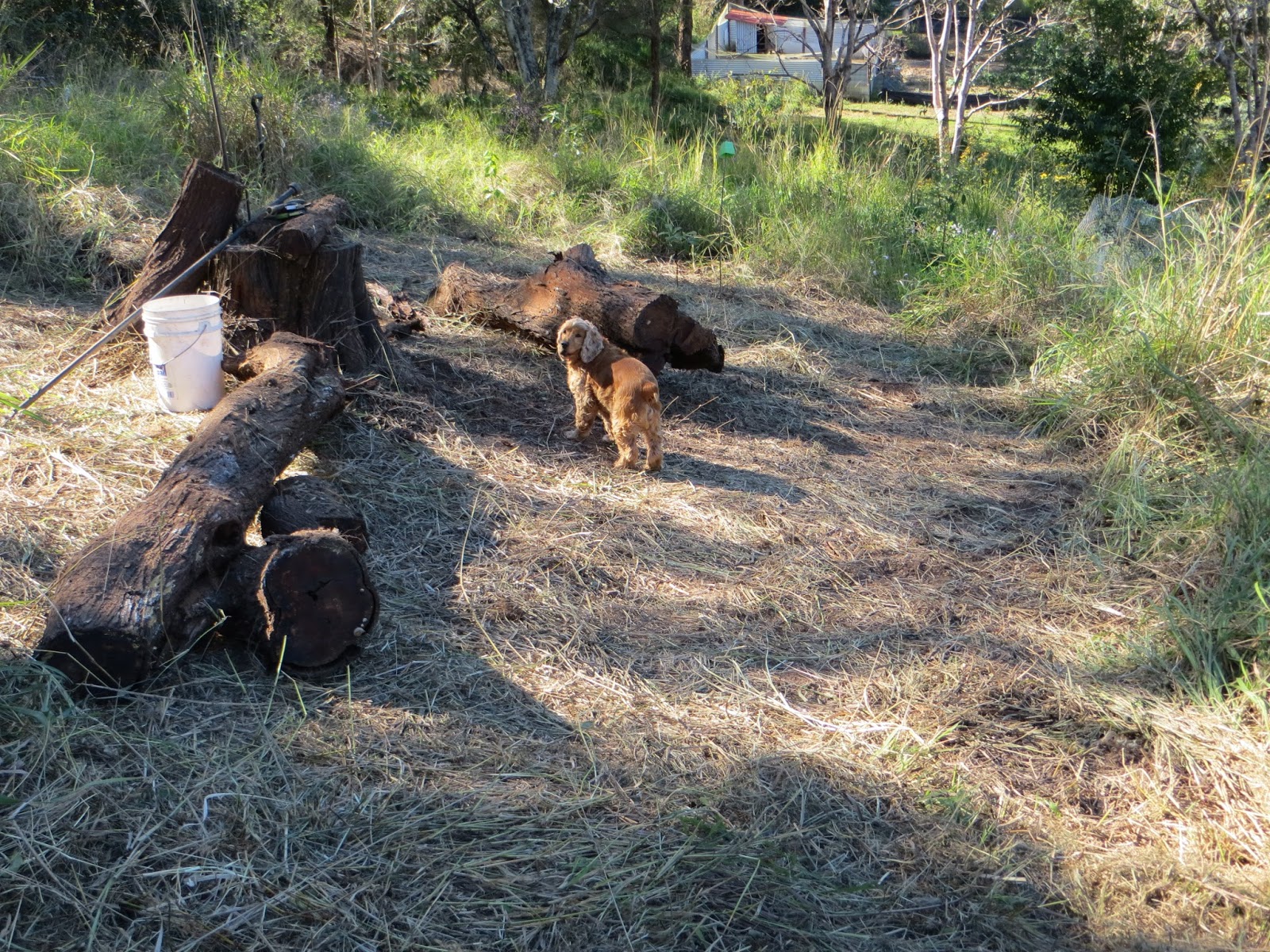 End of the season

It feels like spring is already here.  With the shortest day long past and the weather here in Queensland starting to really warm up, all our plants are springing and sprouting.  We've had 24 degree days all week and its predicted to be 26 degrees tomorrow.  Wouldn't you be fooled? So I took a little walk around to show you whats blooming.
This is the first time I've grown loofas and I've been waiting patiently as they've grown and finally dried out.  So I peeled one back to take this pick.  And I thought they were sponges and grew in the ocean! 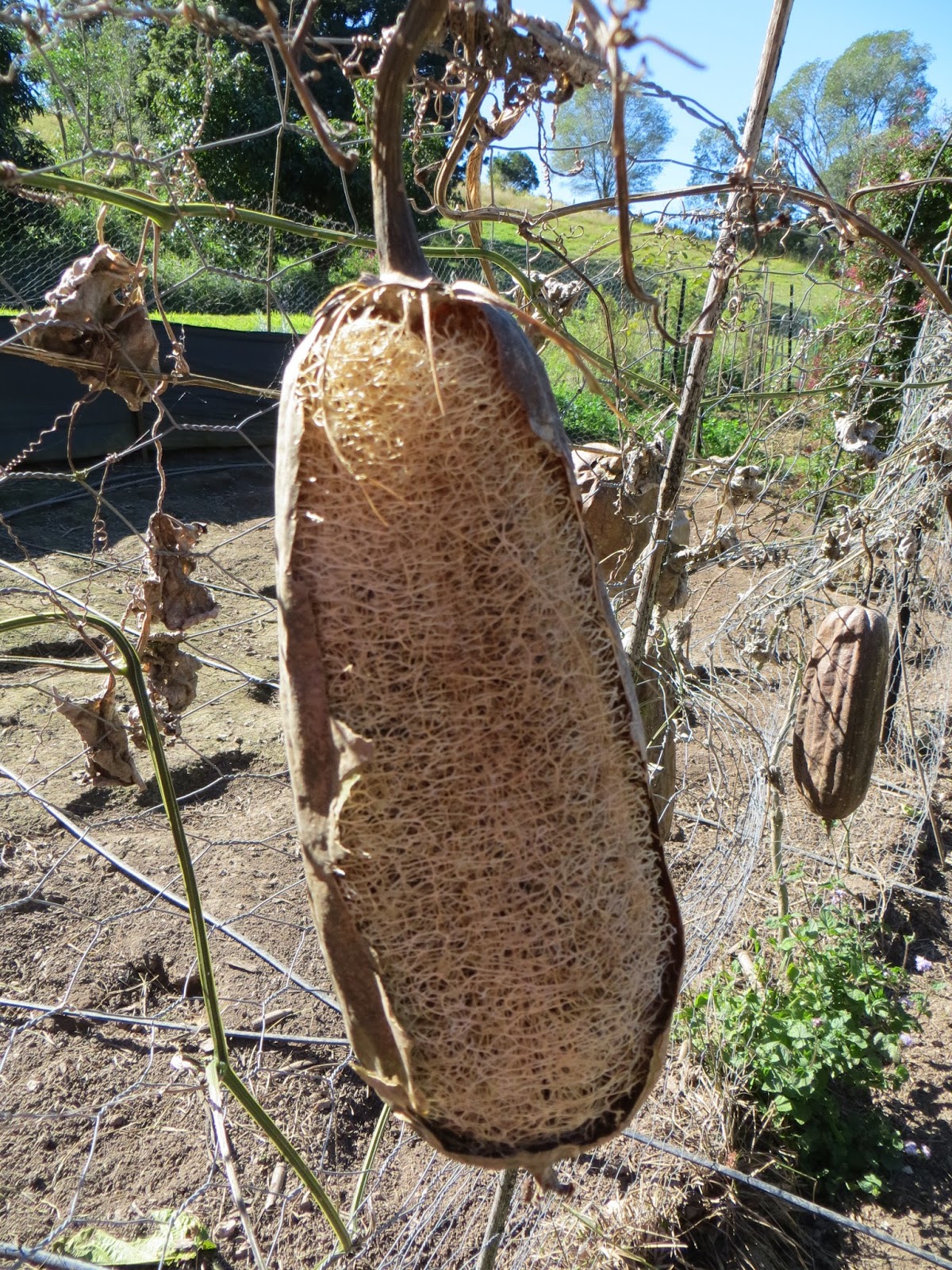 Read more »
Posted by Energiser Bunny on 9.8.13 No comments: