We've been waiting, watering and watching and finally, our first bananas have emerged.  I know its not very exciting if you've had bananas for years, but these are our first. 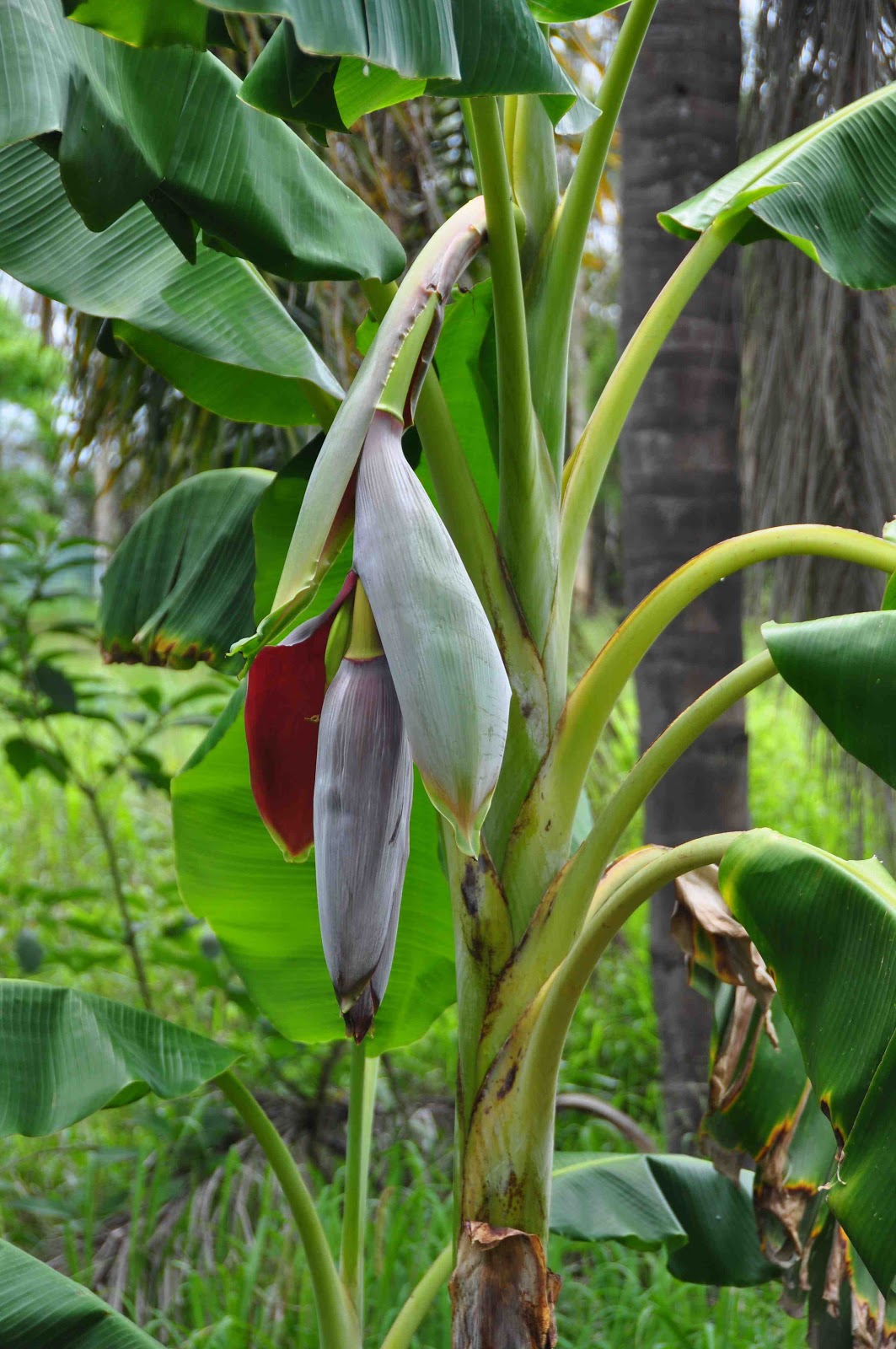 And while I was doing a happy dance about this one, I noticed a second one too! 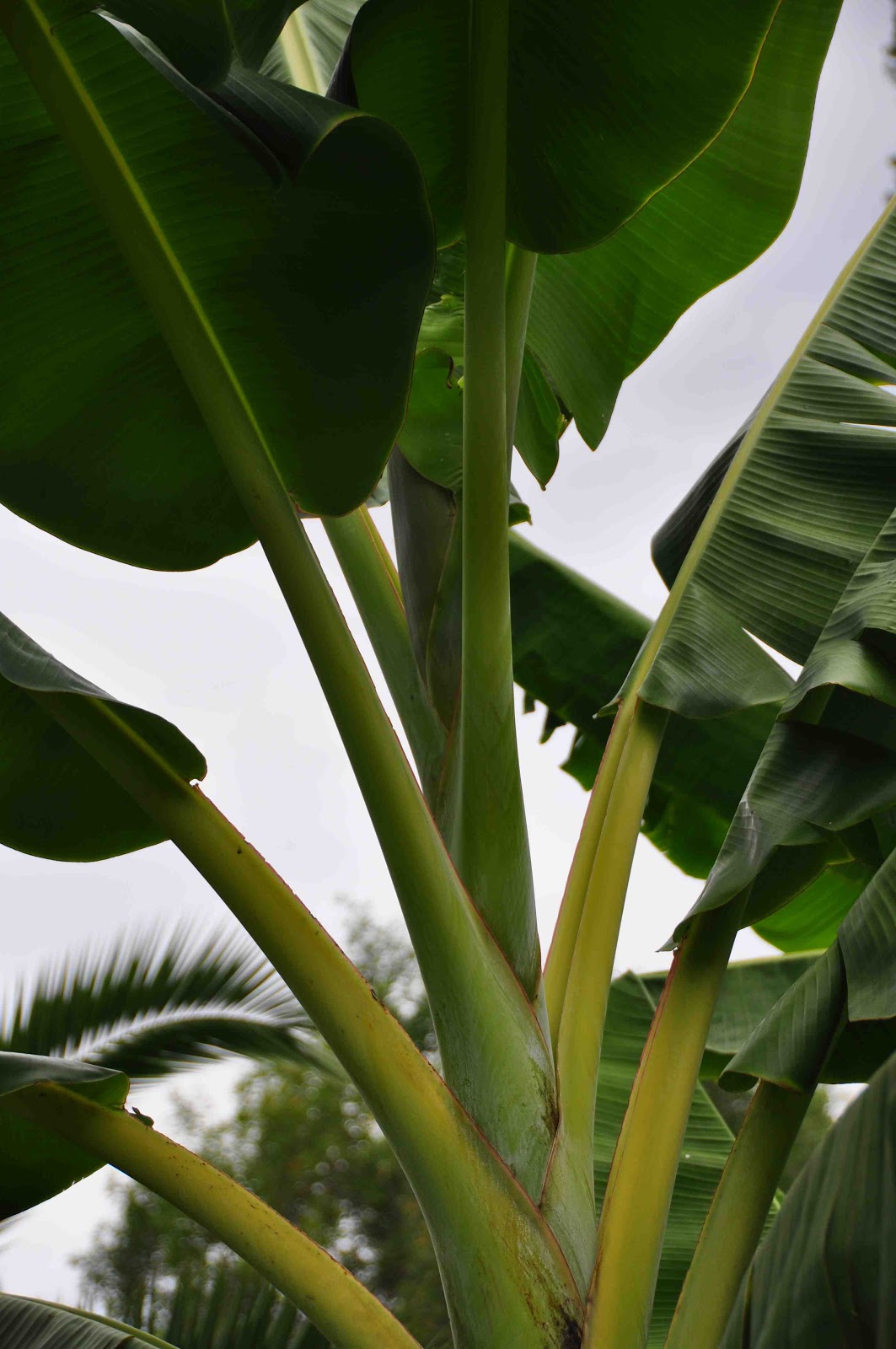 If you look carefully, you can just see the flower starting to protrude from the top.  Since I took this photo two days ago, its hanging over promisingly now.  Our friends have given us bunches of their bananas over the last year, which have been delicious, but I can't wait to taste our own.

Another exciting crop is the cherries.  We've had one or two thus far, but now with the heat, there has been a flush of flowers with lots of cherries coming on.  Looking at it, you might not know how many we are getting, but that's because every time I pass on my way to or from the garden, I eat a few.  I remember planting it with just that thought in mind, and its so satisfying to be able to do just that a year later. 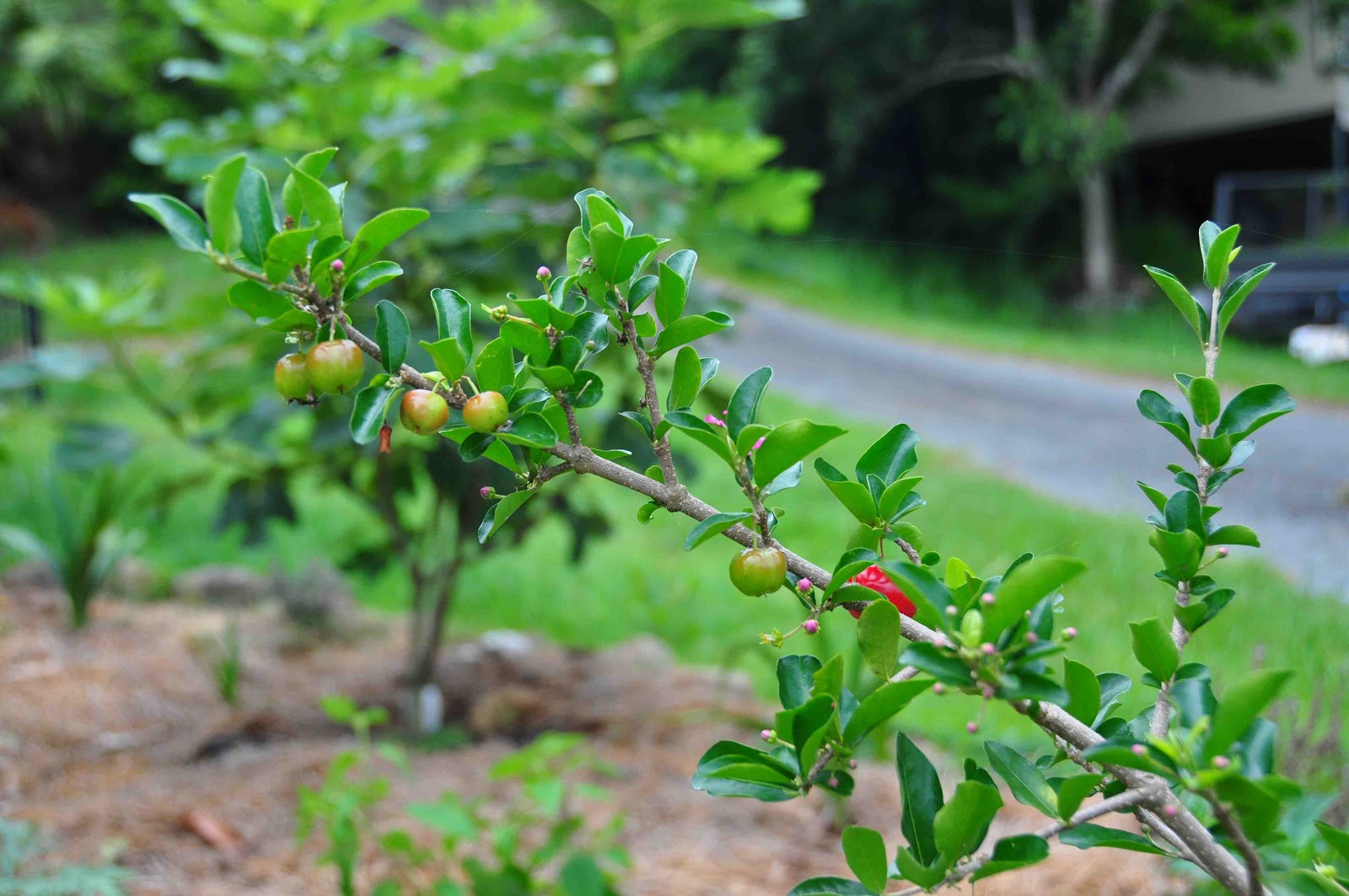 And the third promising fruit is watermelon 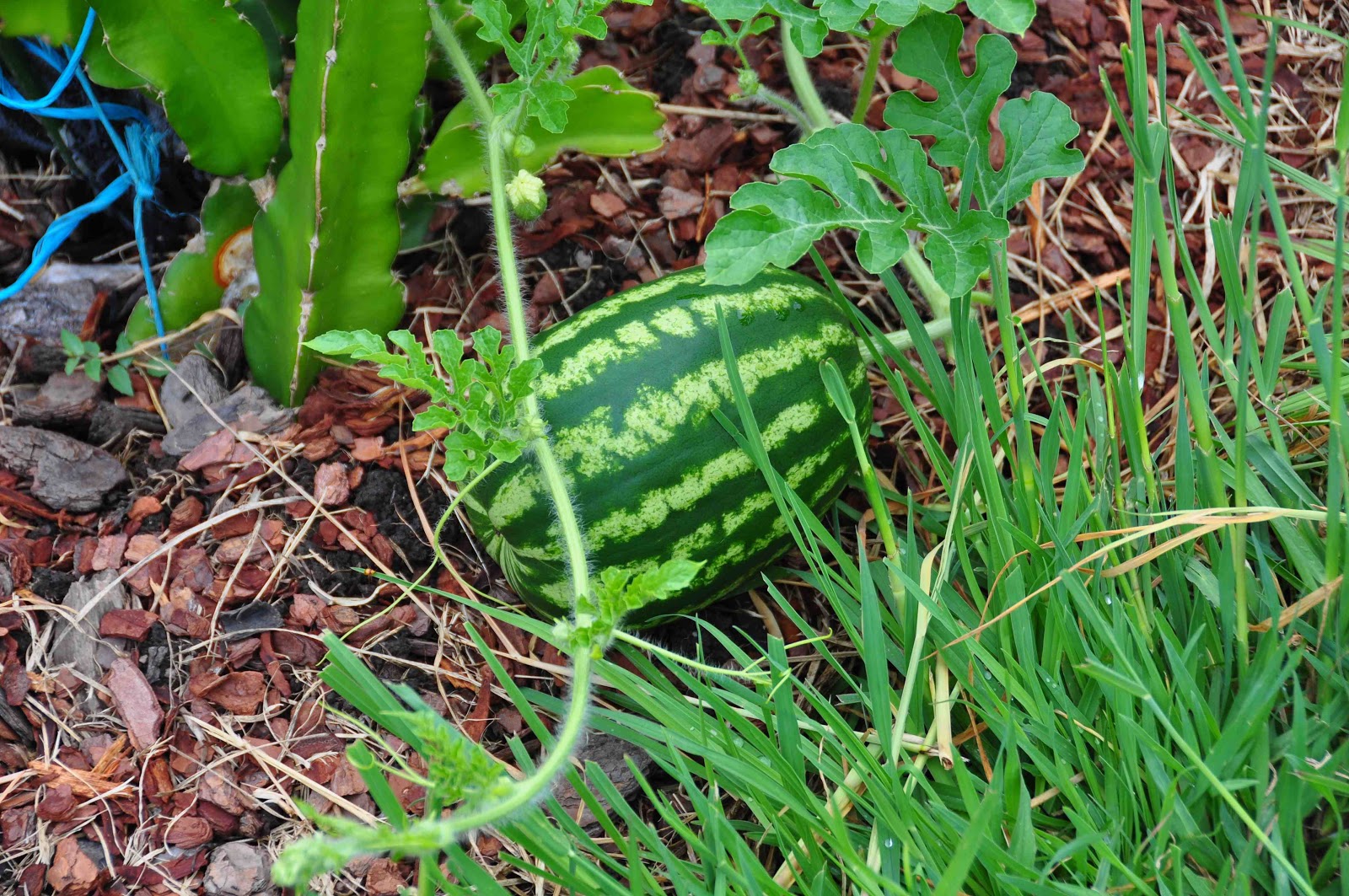 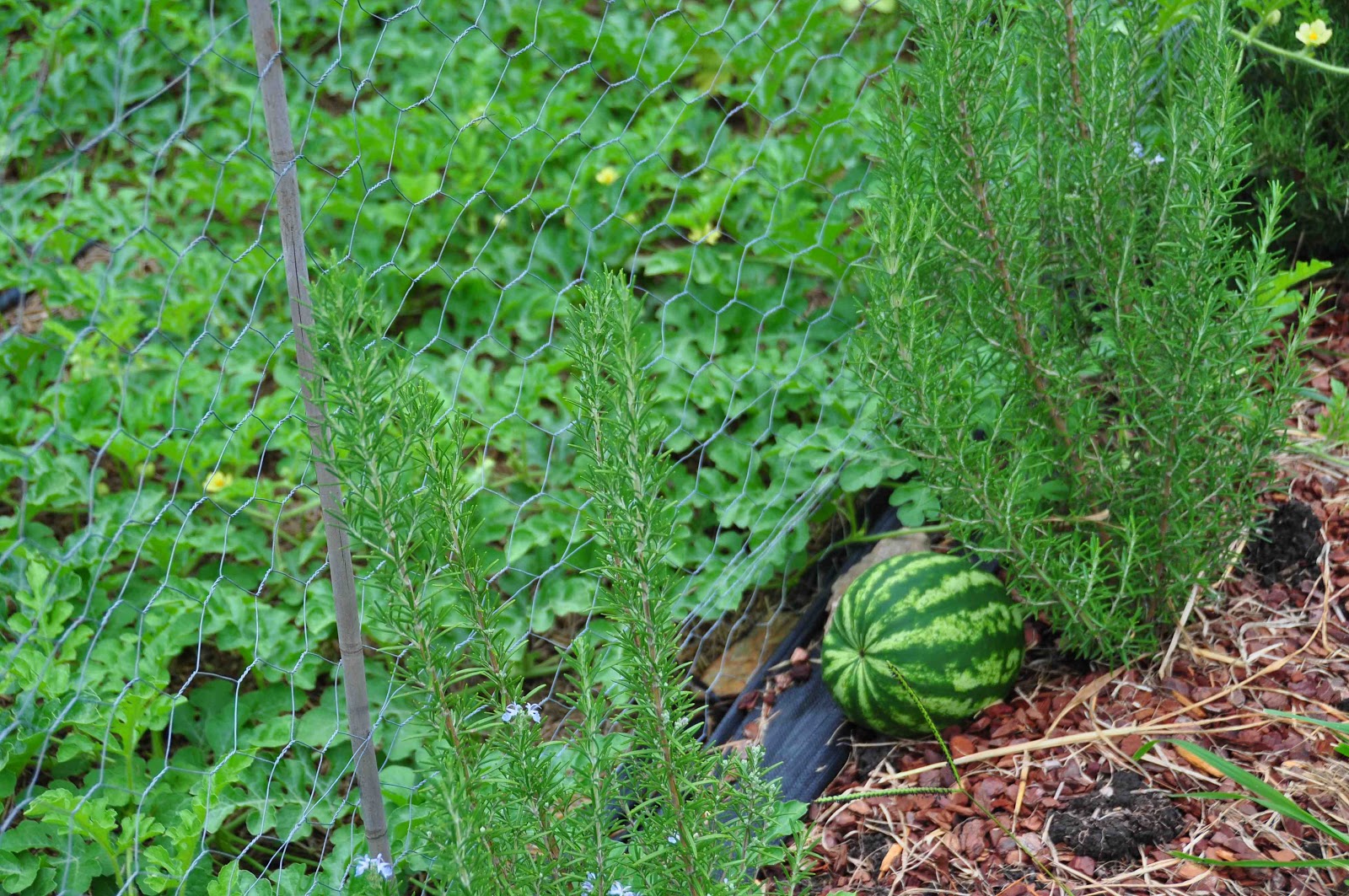 These two deciding to flee the patch and grow outside the fence line.  Thankfully, no enterprising marsupial has had a watermelon snack as yet, but thankfully there are another four or five growing inside the fence, just in this area alone.  This was the first area I planted out, with more in the corn patch  several weeks later and yet more on the swales later still.  So hopefully we'll have more of a staggered supply than last year.  Though they are certainly looking as if they will be a similar size.  The largest one in the patch that I've got my eye on isn't anywhere near ripe and I'm guessing its already over 10kg.  Roll on summer!
Posted by Energiser Bunny on 2.1.13