Two worm farms and a watermelon

Firstly, I have to do a little bragging.  The largest of our watermelons that I've been photographing finally matured and was ready to harvest.  I'd been checking the spoon for a while and I was glad to see that it had finally browned off.  The main reason being that if this puppy grew any bigger, I wouldn't be able to pick it up!  So here she is, all 15.5 kgs of her 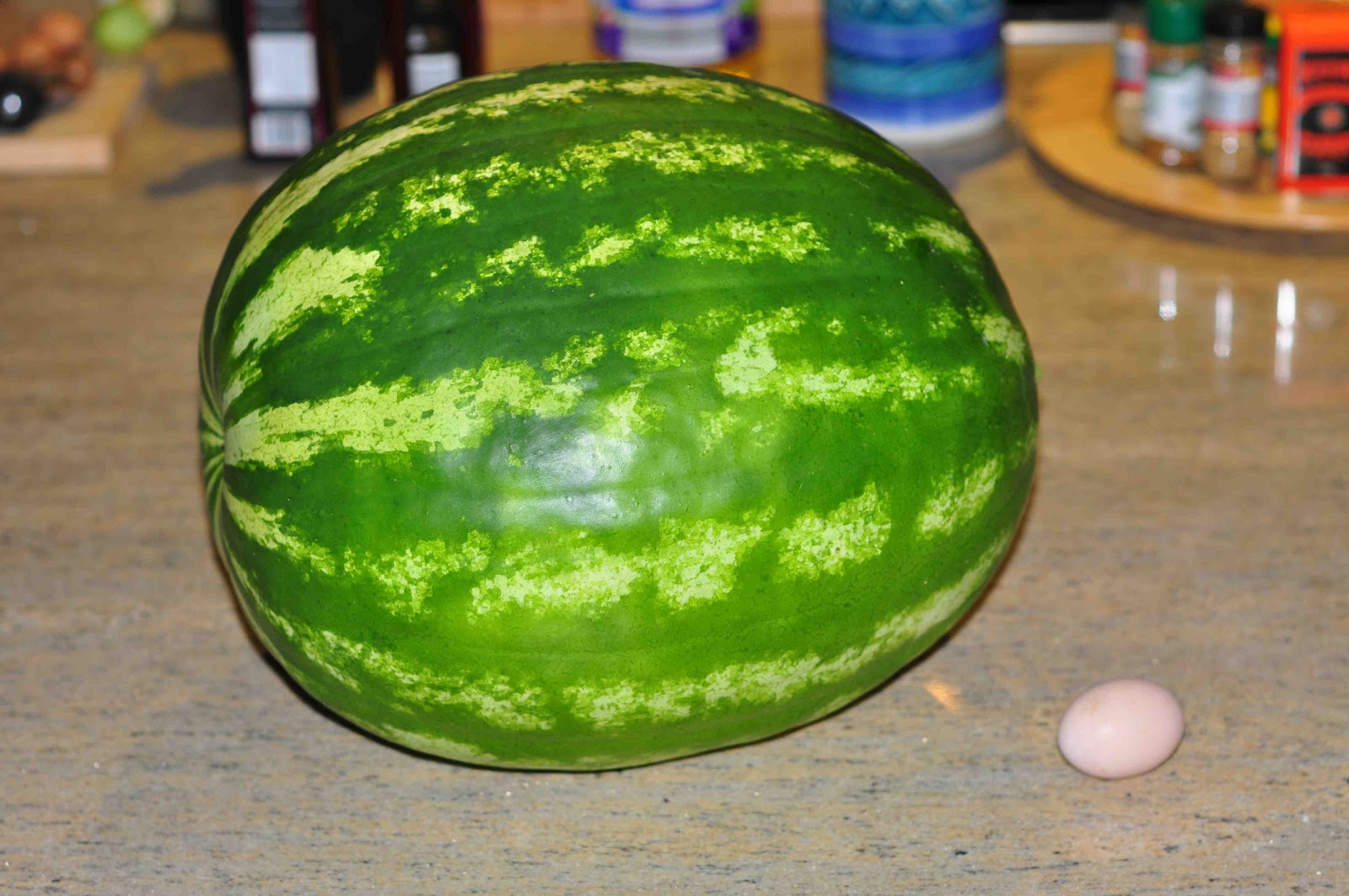 Its like having a massive dinosaur egg on the kitchen table.  Now we've done the official photos, its time to cut it up and have the taste test.  I'll let you know....

The main topic of this post though is worm farms.  We first started with a worm farm five or six years ago, but strangely, I only recently feel like I've really got the knack of it.  It seems simple enough - throw your kitchen scraps in there and collect worm juice.  But I'e struggled with too dry, too wet, worms dying, maggot infestations - you name it.  I've barely used the castings as they've hardly created any and have just had a little diluted worm juice.  Being an incurably optimistic person, I even set up a second farm but that seemed to perform worse that the first. In the last few months, however, I seem to have turned a corner.  The key piece of information for me was that worms don't eat on the surface, but several centimetres below. 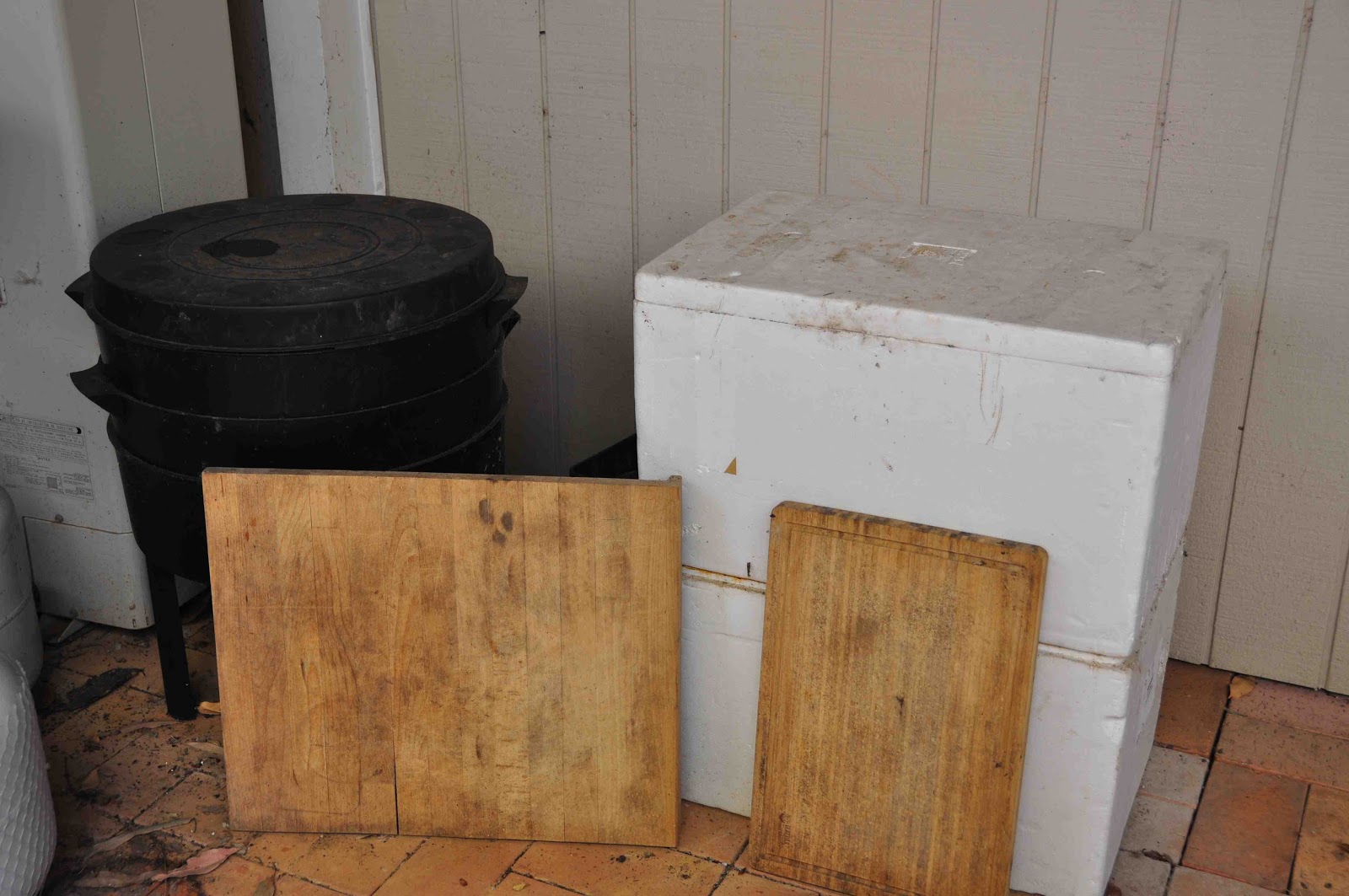 So what I've changed is that I'm now putting a pot full of mushroom compost over the food scraps I put in (there is a bag of it behind the wooden board) and I also got one of those thick hessian covers for the styrofoam box.  It seems that something as simple as proper coverage of the food scraps has made all the difference.  Both farms are now heaving with worms, I'm getting plenty of worm juice and they are getting through the scraps in a record rate, creating lots of lovely castings for me to use.  Small things I know, but I couldn't be happy now that I've got things working properly out here.
Posted by Energiser Bunny on 16.1.13